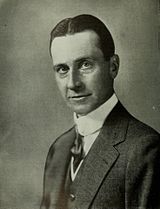 The press maintains offices in New Haven, Connecticut and London, England. Yale is the only American university press with a full-scale publishing operation in Europe. It was a co-founder of the distributor TriLiteral LLC with MIT Press and Harvard University Press. [5] TriLiteral was sold to LSC Communications in 2018. [6]

Since its inception in 1919, the Yale Series of Younger Poets Competition has published the first collection of poetry by new poets. The first winner was Howard Buck; the 2011 winner was Katherine Larson.

Yale University Press and Yale Repertory Theatre jointly sponsor the Yale Drama Series, a playwriting competition. The winner of the annual competition is awarded the David C. Horn Prize of $10,000, publication of his/her manuscript by Yale University Press, and a staged reading at Yale Rep. The Yale Drama Series and David C. Horn Prize are funded by the David Charles Horn Foundation. [7]

In 2007, Yale University Press acquired the Anchor Bible Series, a collection of more than 115 volumes of biblical scholarship, from the Doubleday Publishing Group. [8] New and backlist titles are now published under the Anchor Yale Bible Series name.

The Lamar Series in Western History

The Lamar Series in Western History (formerly the Yale Western Americana series) [11] was established in 1962 to publish works that enhance the understanding of human affairs in the American West and contribute to a wider understanding of why the West matters in the political, social, and cultural life of America. [12]

The Dwight H. Terry Lectureship was established in 1905 to encourage the consideration of religion in the context of modern science, psychology, and philosophy. Many of the lectures, which are hosted by Yale University, have been edited into book form by the Yale University Press.

In 1963, the Press published a revised edition of Ludwig von Mises's Human Action. In the May 5, 1964 issue of National Review, Henry Hazlitt wrote the story "Mangling a Masterpiece", accusing Yale University Press of intentionally typesetting the new edition in an amateurish fashion, due to the Press's differing ideological beliefs. [14] [15]

In August, 2009, officials at the Press ignited a controversy when they decided to expunge reproductions of the cartoons involved in the Jyllands-Posten Muhammad cartoons controversy, along with all other images of Muhammad, from a scholarly book entitled The Cartoons that Shook the World, by professor Jytte Klausen. [16]