From Wikipedia
https://en.wikipedia.org/wiki/Winterswijk
Municipality and town in Gelderland, Netherlands

listen); also known as Winterswiek or Wenters) is a municipality and a town in the eastern Netherlands. It has a population of 28,903 and is situated in the Achterhoek, which lies in the easternmost part of the province of Gelderland in the Netherlands.

It was also known as Winethereswick, Winriswic or Wenterswic; the Anglo Saxon wich or wic means the living place of a certain person. The person would likely have been called Wenether, Winitar or Winter.

Winterswijk is located in east of the province of Gelderland in the east of the Netherlands. It is part of the region of Achterhoek.

Topographic map of the municipality of Winterswijk, 2013 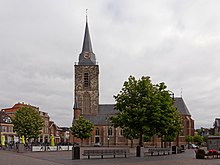 Founded around 1000 AD it remained an isolated farming community until 1830 when the road from Borken to Zutphen via Winterswijk and Groenlo was built. Around 1840 many emigrated to America — Michigan in particular. After 1870 the town became a centre for textiles, such as spinning and weaving and indeed the Tricot fabriek employed a large proportion of the local population in its heyday. In 1878 the railway line to Zutphen was built primarily for the textile industry, which was set up by Jan Willink. Some of the families such as the Willinks have lived there since 1284.

On 31 March, 1945 was the liberation day for Winterswijk during World War II. Before the city was liberated, there was a tank battle on the 30th of March in one of the townships called Woold, with sixty Sherman tanks. The 53rd Welsh Division and the 3rd British Infantry Division, were moving from Bocholt via Aalten to Winterswijk. The tank battle resulted in sixteen German and nine British soldiers losing their lives. On 31 March, 1945 (Good Friday) around nine o'clock in the evening allied forces had a struggle just over five km south of Winterswijk following reinforcements from the NSB. On 31 March the first allied troops finally reached the Slingestream near Winterswijk. 31 March is marked as the official day to remember the liberation of Winterswijk, despite the fact that in the late afternoon of 31 March parts of Miste and Woold were already liberated. After the liberation of Winterswijk they founded a Rest-Centre for British soldiers in the Sociëteit de Eendracht (Zonnebrink), where the British soldiers, who came from the front, could find some rest. The British front was moving in April 1945, in the northwest of Germany. [5]

Although the Jewish community of Winterswijk was greatly decimated during the war, a synagogue still exists. Yet no regular services are being held. The synagogue is open for visitors and guided tours. 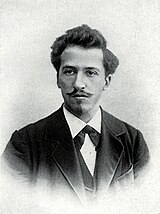