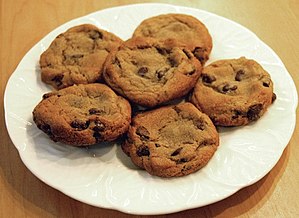 Welcome to Wikipedia, LibraryGeek! Thank you for your contributions. I am Kerry Raymond and I have been editing Wikipedia for some time, so if you have any questions, feel free to leave me a message on my talk page. You can also check out Wikipedia:Questions or type {{ help me}} at the bottom of this page. Here are some pages that you might find helpful:

Also, when you post on talk pages you should sign your name using four tildes (~~~~); that will automatically produce your username and the date. I hope you enjoy editing here and being a Wikipedian! Kerry ( talk) 06:02, 17 September 2018 (UTC)

Apologies. I inadvertently deleted your comments at Wikipedia:Miscellany for deletion/Wikipedia:WikiProject Libraries/Cleanup listing. I did immediately restore the comments but you may have wondered why the comments were temporarily deleted. A simple mis-clicking on the wrong link. Sorry about that.   Velella   Velella Talk   11:26, 13 October 2018 (UTC)

Hong Kong, as British Hong Kong, is widely considered as a separate entity. Despite the formerly colony now under the umbrella of China, the city-state has a high-degree of self-rule. I would suggest leaving Hong Kong in the country cat, just like BVI, Cayman Islands and other sub-nations. Matthew hk ( talk) 09:10, 30 December 2018 (UTC)

A tag has been placed on Category:WikiProject Libraries portals requesting that it be speedily deleted from Wikipedia. This has been done under section C1 of the criteria for speedy deletion, because the category has been empty for seven days or more and is not a disambiguation category, a category redirect, a featured topics category, under discussion at Categories for discussion, or a project category that by its nature may become empty on occasion.

If you think this page should not be deleted for this reason, you may contest the nomination by visiting the page and clicking the button labelled "Contest this speedy deletion". This will give you the opportunity to explain why you believe the page should not be deleted. However, be aware that once a page is tagged for speedy deletion, it may be deleted without delay. Please do not remove the speedy deletion tag from the page yourself, but do not hesitate to add information in line with Wikipedia's policies and guidelines. UnitedStatesian ( talk) 01:38, 27 September 2019 (UTC)