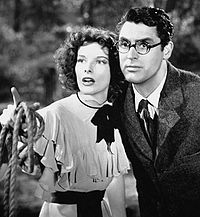 A unit still photographer, or simply a still photographer, is a person who creates film stills, still photographic images specifically intended for use in the marketing and publicity of feature films in the motion picture industry and network television productions. [1] [2] [3] Besides creating photographs for the promotion of a film, the still photographer contributes daily to the filming process by creating set stills. With these, the photographer is careful to record all details of the cast wardrobe, set appearance and background.

Uses in the industry

In North America in particular, and some international locations, a unit still photographer must be a member of IATSE Local 600 International Cinematographers Guild[ citation needed] in order to perform services on union productions and union studio lots and locations. The most prestigious of these unit still photographers are members of The Society of Motion Picture Still Photographers, an organization which promotes the work of those within the industry.

In the past, the director, costumer or the director of photography may have referred to these still images for continuity purposes as the unit stills photographer was the only crew member permitted to take still photographs on set, but with the introduction of instant cameras such as the Polaroid, and subsequent digital photo cameras, this job of taking continuity images has fallen to the continuity and script supervisor. [6]

While often perceived as a "glamour" job for photographers, the reality is often long hours (70-plus hours per week) in remote locations under difficult and often extreme conditions[ citation needed]. The unit still photographer often coordinates with the unit publicist but physically works in close proximity to the film's camera crew, director and actors, and also in close proximity to the film's boom microphone operator. Unit still photographers go to great lengths to muffle the sound of their camera's motor drive and shutter to avoid distracting the actors, and to remain inaudible on the film's recorded dialogue soundtrack[ citation needed].

Typically, this is accomplished using a sound blimp, which is a sound-absorbing, foam-filled metal case in which the still camera body is fitted with a proprietary remote operation cable[ citation needed]. This allows the camera to be activated and operated from a two-button (activation, focus, and shutter release) exterior control[ citation needed]. Limitations exist once the blimp is closed around the camera, as one can no longer access the camera controls ( f-number, shutter speed, ASA/ ISO settings) or menu displays directly[ citation needed]. The LCD display for reviewing the images will also be obscured in the closed position[ citation needed]. This requires the photographer to make control selections in advance and use those settings until the take in progress has been "cut", making adjustments only between takes or set-ups. Unit still photographers in this field typically produce over 2000 marketable images per week for their major-studio clients[ citation needed].

Since 2010, high-end DSLR cameras, which can be remotely controlled with mobile apps on smartphones and tablet computers, using the built-in 2-way Wi-Fi radio-controlled interface between the tablet and the DSLR camera, and offer internal active noise reduction technologies, have increased the ability of the unit still photographer to work quietly on the set[ citation needed].