Diving helmets improved and in common use 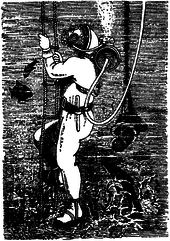 Diving set by Rouquayrol and Denayrouze with barrel-shaped air tank on the diver's back, depicted here in its surface-supplied configuration. 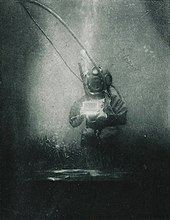 Decompression sickness recognised as a problem

According to different sources, the term "The Bends" for decompression sickness was coined by workers of either the Brooklyn or the Eads bridge, and was given because afflicted individuals characteristically arched their backs in a manner similar to a then-fashionable posture known as the Grecian Bend. [63] 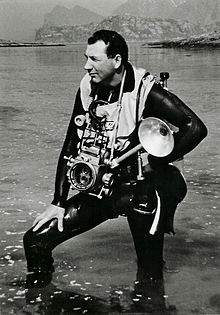 There are other diving history chronologies at: