From Wikipedia
https://en.wikipedia.org/wiki/Timeline_of_Polish_science_and_technology
Timeline of the history of science and technology in Poland

Education has been of prime interest to Poland's rulers since the early 12th century. The catalog of the library of the Cathedral Chapter in Kraków dating from 1110 shows that Polish scholars already then had access to western European literature. In 1364, King Kazimierz the Great founded the Cracow Academy, which would become one of the great universities of Europe. The Polish people have made considerable contributions in the fields of science, technology and mathematics. [1] The list of famous scientists in Poland begins in earnest with the polymath, astronomer and mathematician Nicolaus Copernicus, who formulated the heliocentric theory and made an important contribution to the scientific revolution.

After the third partition of Poland, in 1795, no Polish state existed. The 19th and 20th centuries saw many Polish scientists working abroad. One of them was Maria Skłodowska-Curie, a physicist and chemist living in France. Another noteworthy one was Ignacy Domeyko, a geologist and mineralogist who worked in Chile.

Today Poland has over 100 institutions of post-secondary education — technical, medical, economic, as well as 500 universities — which are located in most major cities such as Gdańsk, Kraków, Lublin, Łódź, Poznań, Rzeszów and Warsaw. They employ over 61,000 scientists and scholars. Another 300 research and development institutes are home to some 10,000 researchers. There are, in addition, a number of smaller laboratories. All together, these institutions support some 91,000 scientists and scholars. 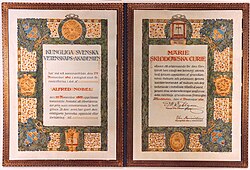