Sociological theories and researches of the Society and the Social focus on how human and technology actually interact and may even affect each other. Some theories are about how political decisions are made for both humans and technology, with here humans and technology are seen as an equal field in the political decision, where humans also make, use, and even move ahead with innovations the technology. The interactions that are used in the majority of the theories on this topic look at the individual human interactions with technological equipment, but there is also a sub-group for the group of people interacting with technology. The theories described are, according to some critiques, purposefully made vague and ambiguous, as the circumstances for the theories change with human culture and technological change and innovation.

Social constructivism and technology argues that technology may not determine the human action, but human action may shapes technological use. Key concepts here include:

What is important is the gradients and the connectivity of actors' actions and their technological competencies, and also the degree to which we choose to have "figurative" representations. Key concepts here include the inscription of beliefs, practices, relations into technology, which is then said to embody them. Key authors include Bruno Latour (1997) [3] and Callon (1999). [4]

Approaches of the critical theory

Critical theory attempts, according to some, to go beyond the descriptiveness of one account that may show of how things are, the exam and question of why they have come to be that way and how they might otherwise be. Critical theory asks whose interests are being served by the questioned status quo and assesses the potentials of a future, that alternates and propose "to better" both the technological service, and even social justice. Here Geuss's [8] definition is given, where "a critical theory, then, is a reflective theory which gives agents a kind of knowledge inherently productive of enlightenment and emancipation" (1964). Thus Marcuse argued that while technology matters and design are often presented as neutral technical choices, in fact, they manifest political or moral values. Critical theory is seen as a "form of archaeology" that attempt to get beneath common-sense understandings in order to reveal the power relationships and interests determining particular technological configuration and use.

Perhaps the most developed contemporary critical theory of technology is contained in the works of Andrew Feenberg included in his book 'Transforming Technology' (2002). 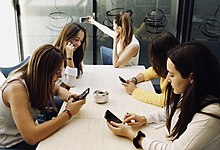 Society and Technology. According to the proponents of biological social theories the main topic here is: Who dominates Whom?

There are also a number of technologically related science and society theories that also address even on how media affects group developments or otherwise processes. Broadly speaking, these technological theories are said to be concerned with the social effects of communication media (e.g., media richness) are concerned with questions of media choice (when to use what medium effectively). Other theories (social presence and "media naturalness") are concerned with the consequences of those media choices (i.e., what are the social effects of using particular communication media).

An important philosophical approach to technology has been taken by Bernard Stiegler, [21] whose work has been influenced by other philosophers and historians of technology including Gilbert Simondon and André Leroi-Gourhan. In the Schumpeterian and Neo-Schumpeterian theories technologies are critical factors of economic growth ( Carlota Perez). [22]

There are theories of technological change and innovation which are not defined or claimed by a proponent, but are used by authors in describing existing literature, in contrast to their own or as a review of the field.

For example, Markus and Robey (1988) [23] propose a general technology theory consisting of the causal structures of agency (technological, organizational, imperative, emergent), its structure (variance, process), and the level (micro, macro) of analysis.

Orlikowski (1992) [24] notes that previous conceptualizations of technology typically differ over scope (is technology more than hardware?) and role (is it an external objective force, the interpreted human action, or an impact moderated by humans?) and identifies three models:

Bimber (1998) [25] addresses the determinacy of technology effects by distinguishing between the: