From Wikipedia
(Redirected from Soft light)
https://en.wikipedia.org/wiki/Soft_light
Types of lighting in photography and filmmaking
"Soft light" and "Soft lights" redirect here. For the X-Files episode, see Soft Light (The X-Files). For the album by Houston Person, see Soft Lights (album). 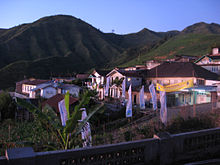 Hard and soft light are different types of lighting that are commonly used in photography and filmmaking. Soft light is light that tends to "wrap" around objects, projecting diffused shadows with soft edges, whereas hard light is more focused and produces harsher shadows.

The hardness or softness of light depends mostly on three features of the source: the size of its surface, its distance from the object, and the thickness of its diffusion material. A large, distant light source with thick diffusion material will produce softer lighting than one that is smaller and closer to the subject, with thinner diffusion material.

Artificial soft light from a beauty dish is used in this cosplay portrait of Princess Zelda.

Soft light tends to “wrap” around subjects, producing shadows with soft, fuzzy edges. [1] [2] Softness of light increases with the size of the light source, as the emitted light rays will travel in many directions as they move toward the subject. [3] Light sources can also produce softer light by using diffusion material (like in a softbox) or by bouncing the light of a surface (like with a reflector). [3]

Hard light in a photograph of Nina Sublatti performing at the Eurovision Song Contest.

Hard light comes from a single, usually bright, source, which is relatively small compared to the subject. [2] [3] Photographs taken in such lighting have high contrast and sharply defined shadows. [1] The appearance of the shadow depends on the lighting instrument. For example, fresnel lights can be focused such that their shadows can be "cut" with crisp shadows. That is, the shadows produced will have 'harder' edges with less transition between illumination and shadow. The focused light will produce harder-edged shadows. Focusing a fresnel makes the rays of emitted light more parallel. The parallelism of these rays determines the quality of the shadows. For shadows with no transitional edge/gradient, a point light source is required. Hard light casts strong, well defined shadows.

When hitting a textured surface at an angle, hard light will accentuate the textures and details in an object. This will also increase the 3D-appearance of the object.

Light intensity tends to dim with distance. For a point source of light, intensity decreases as distance increases. Intensity (I) is inversely proportional to the square of the distance (D), as expressed in the formula I = 1⁄D2.

Most light sources have a non-negligible size and therefore exhibit the properties of a soft light to some degree. Even direct sunlight does not cast perfectly hard shadows.

In "hard" light sources, the parallelism of the rays is an important factor in determining shadow behaviour.

The quality of light can be altered by using diffusion gel or aiming a lighting instrument at diffusing material such as a silk. When shooting outdoors, cloud cover provides nature's version of a softbox.