From Wikipedia, the free encyclopedia
Portion of an individual's self-concept

Social identity is the portion of an individual's self-concept derived from perceived membership in a relevant social group. [1] [2] 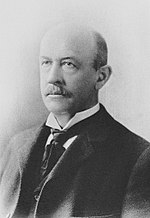 The term 'social identity theory' achieved academic currency only in the late 1970s, but the basic underlying concepts associated with it had emerged by the early twentieth century. William G. Sumner, writing in 1906, captures the primary dynamics in this excerpt from his influential work Folkways: A Study of the Sociological Importance of Usages, Manners, Customs, Mores, and Morals:

"Loyalty to the group, sacrifice for it, hatred and contempt for outsiders, brotherhood within, warlikeness without,—all grow together, common products of the same situation. ... Men of an others-group are outsiders with whose ancestors the ancestors of the we-group waged war. ... Each group nourishes its own pride and vanity, boasts itself superior, exalts its own divinities, and looks with contempt on outsiders. Each group thinks its own folkways the only right ones, and if it observes that other groups have other folkways, these excite its scorn." [14]

By the late 1920s the collectivist perspective had all but disappeared from mainstream social psychology. [15] Over fifty years later, around the time of the first formal use of the term 'social identity theory', Tajfel wrote this on the state of social psychology:

"Thus, social categorization is still conceived as a haphazardly floating ' independent variable' which strikes at random as the spirit moves it. No links are made or attempted, between the conditions determining its presence and mode of operation, and its outcomes in widely diffused commonalities of social behaviour. Why, when and how is social categorisation salient or not salient? What kind of shared constructions of social reality, mediated through social categorization, lead to a social climate in which large masses of people feel they are in long-term conflict with other masses? What, for example, are the psychological transitions from a stable to an unstable social system?" (Original emphasis, p. 188) [16]

Thus, social identity theory in part reflects a desire to reestablish a more collectivist approach to social psychology of the self and social groups. [15]

Henri Tajfel suggests that soldiers of opposing armies, fighting outside of view, is an illustrative example of behaviour at the extreme intergroup end of the intergroup-interpersonal continuum (shown: U.S. Marines in Fallujah, 2004). [17]

The "black is beautiful" movement and the associated African American embrace of African hairdos (like afros), culture, traditions, and music was provided by Tajfel and colleagues as an example of the cognitive creativity of low-status groups in the face of stable intergroup relations (shown: Lauryn Hill, 2005). [4] [24] [25] [26]

Building on the above components, social identity theory details a variety of strategies that may be invoked in order to achieve positive distinctiveness. The individual's choice of behaviour is posited to be dictated largely by the perceived intergroup relationship. In particular the choice of strategy is an outcome of the perceived permeability of group boundaries (e.g., whether a group member may pass from a low status group into a high status group), as well as the perceived stability and legitimacy of the intergroup status hierarchy. [4] [12] The self-enhancing strategies detailed in social identity theory are detailed below. Importantly, although these are viewed from the perspective of a low status group member, comparable behaviours may also be adopted by high status group members. [12]

It is predicted that under conditions where the group boundaries are considered permeable individuals are more likely to engage in individual mobility strategies. [4] [12] That is, individuals "disassociate from the group and pursue individual goals designed to improve their personal lot rather than that of their ingroup". [27]

Where group boundaries are considered impermeable, and where status relations are considered reasonably stable, individuals are predicted to engage in social creativity behaviours. Here, low-status ingroup members are still able to increase their positive distinctiveness without necessarily changing the objective resources of the ingroup or the outgroup. This may be achieved by comparing the ingroup to the outgroup on some new dimension, changing the values assigned to the attributes of the group, and choosing an alternative outgroup by which to compare the ingroup. [4] [12]

Here an ingroup seeks positive distinctiveness and requires positive differentiation via direct competition with the outgroup in the form of ingroup favoritism. [28] It is considered competitive in that in this case favoritism for the ingroup occurs on a value dimension that is shared by all relevant social groups (in contrast to social creativity scenarios). Social competition is predicted to occur when group boundaries are considered impermeable, and when status relations are considered to be reasonably unstable. [4] [12] Although not privileged in the theory, it is this positive distinctiveness strategy that has received the greatest amount of attention. [29] [30]

In political science, social identity theory has been incorporated as the subconsitituency politics theory of representation. [31] This theory holds that political elites are individually rational, and they use identity instrumentally to cultivate minimum winning constituencies (e.g., via the "microtargeting" of ads). An example of microtargeting is Russian use of social media advertising alleged to have influenced the 2016 presidential election. [32] Separately, a recent Science Advances article validates a computational model of in-group favoritism and political economy developed by Princeton political scientist Nolan McCarty using public opinion polling data. [33]

In-group favoritism (also known as "ingroup bias", despite Turner's objections to the term [19]) is an effect where people give preferential treatment to others when they are perceived to be in the same ingroup. Social identity attributes the cause of ingroup favoritism to a psychological need for positive distinctiveness and describes the situations where ingroup favoritism is likely to occur (as a function of perceived group status, legitimacy, stability, and permeability). [4] [34] It has been shown via the minimal group studies that ingroup favoritism may occur for both arbitrary ingroups (e.g. a coin toss may split participants into a 'heads' group and a 'tails' group) as well as non-arbitrary ingroups (e.g. ingroups based on cultures, genders, sexual orientation, and first languages). [35] [36]

System justification theory was originally proposed by John Jost and Mahzarin Banaji in 1994 to build on social identity theory and to understand important deviations from ingroup favoritism, such as outgroup favoritism on the part of members of disadvantaged groups (Jost & Banaji, 1994; Jost, 2020).

Social identification can lead individuals to engage in prosocial behaviours towards others. [40] Examples include contexts such as food drives [41] or even shared purchasing patterns, as might occur for motorcycle riders. [42] Interestingly, consumers may have sub-identities that are nested into a larger identity. As a result, "[w]hen consumers identify with the overall community, they assist other consumers. However, consumers are less likely to help consumers in the overall community when identifying with a subgroup". [42]

Reluctance to bet against identity-relevant outcomes

Social identities are a valued aspect of the self, and people will sacrifice their pecuniary self-interest to maintain the self-perception that they belong to a given social group. Political partisans and fans of sports teams (e.g., Republicans and Democrats, or MLB, NFL, NCAA fans) are reluctant to bet against the success of their party or team because of the diagnostic cost such a bet would incur to their identification with it. As a result, partisans and fans will reject even very favorable bets against identity-relevant desired outcomes. More than 45% of N.C.A.A. basketball and hockey fans, for example, turned down a free, real chance to earn $5 if their team lost its upcoming game. [43]

Social identity theory proposes that people are motivated to achieve and maintain positive concepts of themselves. Some researchers, including Michael Hogg and Dominic Abrams, thus propose a fairly direct relationship between positive social identity and self-esteem. In what has become known as the "self-esteem hypothesis", self-esteem is predicted to relate to in-group bias in two ways. Firstly, successful intergroup discrimination elevates self-esteem. Secondly, depressed or threatened self-esteem promotes intergroup discrimination. [44] [45] Empirical support for these predictions has been mixed. [21] [46]

It has been posited that social identity theory suggests that similar groups should have an increased motivation to differentiate themselves from each other. [45] [51] Subsequently, empirical findings where similar groups are shown to possess increased levels of intergroup attraction and decreased levels of in-group bias have been interpreted as problematic for the theory. [45] Elsewhere it has been suggested that this apparent inconsistency may be resolved by attending to social identity theory's emphasis on the importance of the perceived stability and legitimacy of the intergroup status hierarchy. [51]

Social identity theory has been criticised for having far greater explanatory power than predictive power. [26] [15] [52] That is, while the relationship between independent variables and the resulting intergroup behaviour may be consistent with the theory in retrospect, that particular outcome is often not that which was predicted at the outset. A rebuttal to this charge is that the theory was never advertised as the definitive answer to understanding intergroup relationships. Instead it is stated that social identity theory must go hand in hand with sufficient understanding of the specific social context under consideration. [6] [19] [53] The latter argument is consistent with the explicit importance that the authors of social identity theory placed on the role of "objective" factors, stating that in any particular situation "the effects of [social identity theory] variables are powerfully determined by the previous social, economic, and political processes". [4]