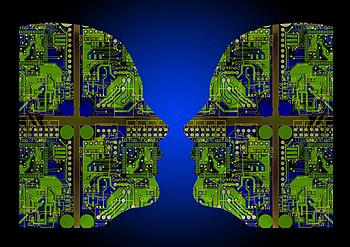 SCOT draws on work done in the constructivist school of the sociology of scientific knowledge, and its subtopics include actor-network theory (a branch of the sociology of science and technology) and historical analysis of sociotechnical systems, such as the work of historian Thomas P. Hughes. Its empirical methods are an adaptation of the Empirical Programme of Relativism (EPOR), which outlines a method of analysis to demonstrate the ways in which scientific findings are socially constructed (see strong program). Leading adherents of SCOT include Wiebe Bijker and Trevor Pinch.

SCOT holds that those who seek to understand the reasons for acceptance or rejection of a technology should look to the social world. It is not enough, according to SCOT, to explain a technology's success by saying that it is "the best"—researchers must look at how the criteria of being "the best" is defined and what groups and stakeholders participate in defining it. In particular, they must ask who defines the technical criteria success is measured by, why technical criteria are defined this way, and who is included or excluded. Pinch and Bijker argue that technological determinism is a myth that results when one looks backwards and believes that the path taken to the present was the only possible path.

SCOT is not only a theory, but also a methodology: it formalizes the steps and principles to follow when one wants to analyze the causes of technological failures or successes.

Legacy of the Strong Programme in the sociology of science

At the point of its conception, the SCOT approach was partly motivated by the ideas of the strong programme in the sociology of science (Bloor 1973). In their seminal article, Pinch and Bijker refer to the Principle of Symmetry as the most influential tenet of the Sociology of Science, which should be applied in historical and sociological investigations of technology as well. It is strongly connected to Bloor's theory of social causation.

The Principle of Symmetry holds that in explaining the origins of scientific beliefs, that is, assessing the success and failure of models, theories, or experiments, the historian/sociologist should deploy the same kind of explanation in the cases of success as in cases of failure. When investigating beliefs, researchers should be impartial to the ( a posteriori attributed) truth or falsehood of those beliefs, and the explanations should be unbiased. The strong programme adopts a position of relativism or neutralism regarding the arguments that social actors put forward for the acceptance/rejection of any technology. All arguments (social, cultural, political, economic, as well as technical) are to be treated equally. [1]

The symmetry principle addresses the problem that the historian is tempted to explain the success of successful theories by referring to their "objective truth", or inherent "technical superiority", whereas s/he is more likely to put forward sociological explanations (citing political influence or economic reasons) only in the case of failures. For example, having experienced the obvious success of the chain-driven bicycle for decades, it is tempting to attribute its success to its "advanced technology" compared to the "primitiveness" of the Penny Farthing, but if we look closely and symmetrically at their history (as Pinch and Bijker do), we can see that at the beginning bicycles were valued according to quite different standards than nowadays. The early adopters (predominantly young, well-to-do gentlemen) valued the speed, the thrill, and the spectacularity of the Penny Farthing – in contrast to the security and stability of the chain-driven Safety Bicycle. Many other social factors (e.g., the contemporary state of urbanism and transport, women's clothing habits and feminism) have influenced and changed the relative valuations of bicycle models.

A weak reading of the Principle of Symmetry points out that there often are many competing theories or technologies, which all have the potential to provide slightly different solutions to similar problems. In these cases, sociological factors tip the balance between them: that's why we should pay equal attention to them.

A strong, social constructivist reading would add that even the emergence of the questions or problems to be solved are governed by social determinations, so the Principle of Symmetry is applicable even to the apparently purely technical issues.

The Empirical Programme of Relativism (EPOR) introduced the SCOT theory in two stage. [2]

Interpretative flexibility means that each technological artifact has different meanings and interpretations for various groups. Bijker and Pinch show that the air tire of the bicycle meant a more convenient mode of transportation for some people, whereas it meant technical nuisances, traction problems and ugly aesthetics to others. In racing air tires lent to greater speed. [3]

These alternative interpretations generate different problems to be solved. For the bicycle, it means how features such as aesthetics, convenience, and speed should be prioritized. It also considers tradeoffs, such as between traction and speed.

Just as technologies have different meanings in different social groups, there are always multiple ways of constructing technologies. A particular design is only a single point in the large field of technical possibilities, reflecting the interpretations of certain relevant groups.

The different interpretations often give rise to conflicts between criteria that are hard to resolve technologically (e.g., in the case of the bicycle, one such problem was how a woman could ride the bicycle in a skirt while still adhering to standards of decency), or conflicts between the relevant groups (the "Anti-cyclists" lobbied for the banning of the bicycles). Different groups in different societies construct different problems, leading to different designs.

The second stage of the SCOT methodology is to show how closure is achieved.

Closure is not permanent. New social groups may form and reintroduce interpretative flexibility, causing a new round of debate or conflict about a technology. (For instance, in the 1890s automobiles were seen as the "green" alternative, a cleaner environmentally-friendly technology, to horse-powered vehicles; by the 1960s, new social groups had introduced new interpretations about the environmental effects of the automobile, eliciting the opposite conclusion.)

Subsequent extension of the SCOT theory

Many other historians and sociologists of technology extended the original SCOT theory.

This is often considered the third stage of the original theory.

For example, Paul N. Edwards shows in his book "The Closed World: Computers and the Politics of Discourse in Cold War America" [5] the strong relations between the political discourse of the Cold War and the computer designs of this era.

In 1993, Langdon Winner published a critique of SCOT entitled "Upon Opening the Black Box and Finding it Empty: Social Constructivism and the Philosophy of Technology." [6] In it, he argues that social constructivism is an overly narrow research program. He identifies the following specific limitations in social constructivism:

Other critics include Stewart Russell with his letter in the journal Social Studies of Science titled "The Social Construction of Artifacts: A Response to Pinch and Bijker".

Deborah Deliyannis, Hendrik Dey, and Paolo Squatriti criticize the concept of social construction of technology for being a false dichotomy with a technologically determinist straw man that ignores third, fourth and more alternatives, as well as for overlooking the process of how the technology is developed as something that can work. For example, accounting for which groups would have interests in a windmill cannot explain how a windmill is practically constructed, nor does it account for the difference between having the knowledge but for some reason not using it and lacking the knowledge altogether. This distinction between knowledge that have not yet been invented and knowledge that is merely prevented from being used by commercial, bureaucratic or other socially constructed factors, which it is argued that SCOT overlooks, is argued to explain the archaeological evidence of rich technological cultures in the aftermath of the collapse of civilizations (such as early medieval technology in the aftermath of the collapse of the Roman Empire, which was much richer than it is depicted as by the "Dark Medieval" stereotype) as a result of technology being remembered even when prevented from being used with the potential to being put into use when the artificial repression is no longer in place due to societal collapse. [7]