Science and technology in Ukraine Information

From Wikipedia
https://en.wikipedia.org/wiki/Science_and_technology_in_Ukraine
Overview of science and technology in Ukraine 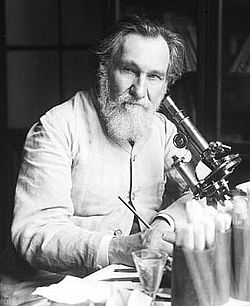 Ilya Mechnikov (1845—1916), a laureate of the Nobel Prize, graduate of Kharkiv University and professor of zoology in Odessa University 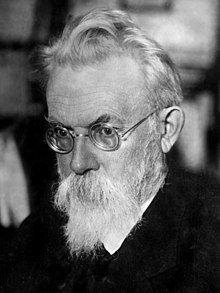 Science and technology in Ukraine has its modern development and historical origins in the 18th and 19th centuries and is associated, first of all, with the Kyiv Mohyla Academy, University of Kyiv and University of Kharkiv. The founding of Ukraine's main research institution, the National Academy of Sciences of Ukraine, in 1918 by Volodymyr Vernadsky marked an important milestone in the country's subsequent scientific and technological development.

Ukraine's space science advanced rapidly in the aftermath of World War II, with Korolyov, Glushko and Chelomey leading the rocket and spaceflight development in the Soviet Union during the Space Race.

The Saturn AL-31 is a family of military turbofan engines, developed by the Lyulka in the Soviet Union

Reforms to the legal framework for science and technology, 2015–2019

Since 2015, the government has reformed the management of the national innovation system. The State Agency for Science, Innovation and Information has been abolished, with the transfer of all functions related to policy formulation to the Ministry of Education and Science, although a number of other ministries and agencies also allocate state money to specific activities. [3]

Ukraine’s legal framework was substantially modified in late 2015 with the adoption of new laws reinforcing institutional support for the national innovation system. The Law on Scientific and Technical Activities (2015) places the National Council for Science and Technology Development under the control of the Cabinet of Ministers. The council is tasked with ensuring the effective co-operation of representatives from the scientific community, state agencies and the business sector in the preparation and implementation of related state policy. [3]

In addition, the National Fund for Research (2015) has replaced the State Fund for Basic Research, which was subordinate to the Ministry of Education and Science. The new fund’s key function is to provide competitive grants for basic and applied research. The fund is also mandated to support experimental development and innovation in priority areas. [3]

The new legal framework is expected to play an important role in transforming Ukraine’s public academies of science, especially the National Academy of Sciences. It has paved the way to involving ordinary scientists in the election of academies’ governing bodies; it has also placed constraints on academies’ membership and top positions. Additionally, public research institutions now have the legal right to co-found commercial companies and to take part in the formation of their share capital. [3]

One outcome of reform will be the creation of a special High-Tech Office within the government to stimulate high-tech industries, especially in the expanding ICT sector. In 2020, business associations, along with government experts, were preparing the legal groundwork for the establishment of this office. The growth of Ukraine’s ICT sector is reflected in the depth of its exports of related services, which now account for more than 40% of total exports. Ukraine’s success in this area is tied to its relatively large pool of specialists. [3]

Ukraine has been implementing key elements of its e-governance strategy since 2015. One outcome is ProZorro, an electronic system for public procurement, established in 2016–2018. Early signs indicate that ProZorro has helped to reduce corruption in the attribution of government contracts. [3]

The Russo-Ukrainian war substantially impacts Ukrainian science. [4] Several groups of academics have created one action plan outlining how the global science community could help Ukraine, including helping organizing (re)vitalization of Ukrainian science and reconstruction in the future. [5] Science and technology were also used to defend against the 2022 Russian invasion such as with military technology, to document and communicate war events including war crimes, [6] [7] [8] to provide and receive aid via telehealth, [9] and for aggregated information about support opportunities for Ukrainian scientists. [4] [10]