Science, technology, society and environment (STSE) education, originates from the science technology and society (STS) movement in science education. This is an outlook on science education that emphasizes the teaching of scientific and technological developments in their cultural, economic, social and political contexts. In this view of science education, students are encouraged to engage in issues pertaining to the impact of science on everyday life and make responsible decisions about how to address such issues (Solomon, 1993 and Aikenhead, 1994)

The STS movement has a long history in science education reform, and embraces a wide range of theories about the intersection between science, technology and society (Solomon and Aikenhead, 1994; Pedretti 1997). Over the last twenty years, the work of Peter Fensham, the noted Australian science educator, is considered to have heavily contributed to reforms in science education. Fensham's efforts included giving greater prominence to STS in the school science curriculum (Aikenhead, 2003). The key aim behind these efforts was to ensure the development of a broad-based science curriculum, embedded in the socio-political and cultural contexts in which it was formulated. From Fensham's point of view, this meant that students would engage with different viewpoints on issues concerning the impact of science and technology on everyday life. They would also understand the relevance of scientific discoveries, rather than just concentrate on learning scientific facts and theories that seemed distant from their realities (Fensham, 1985 & 1988). 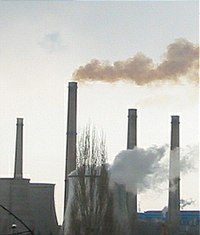 However, although the wheels of change in science education had been set in motion during the late 1970s, it was not until the 1980s that STS perspectives began to gain a serious footing in science curricula, in largely Western contexts (Gaskell, 1982). This occurred at a time when issues such as, animal testing, environmental pollution and the growing impact of technological innovation on social infrastructure, were beginning to raise ethical, moral, economic and political dilemmas (Fensham, 1988 and Osborne, 2000). There were also concerns among communities of researchers, educators and governments pertaining to the general public's lack of understanding about the interface between science and society (Bodmer, 1985; Durant et al. 1989 and Millar 1996). In addition, alarmed by the poor state of scientific literacy among school students, science educators began to grapple with the quandary of how to prepare students to be informed and active citizens, as well as the scientists, medics and engineers of the future (e.g. Osborne, 2000 and Aikenhead, 2003). Hence, STS advocates called for reforms in science education that would equip students to understand scientific developments in their cultural, economic, political and social contexts. This was considered important in making science accessible and meaningful to all students—and, most significantly, engaging them in real world issues (Fensham, 1985; Solomon, 1993; Aikenhead, 1994 and Hodson 1998).

The key goals of STS are: 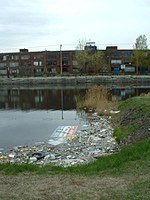 There is no uniform definition for STSE education. As mentioned before, STSE is a form of STS education, but places greater emphasis on the environmental consequences of scientific and technological developments. In STSE curricula, scientific developments are explored from a variety of economic, environmental, ethical, moral, social and political (Kumar and Chubin, 2000 & Pedretti, 2005) perspectives.

At best, STSE education can be loosely defined as a movement that attempts to bring about an understanding of the interface between science, society, technology and the environment. A key goal of STSE is to help students realize the significance of scientific developments in their daily lives and foster a voice of active citizenship (Pedretti & Forbes, 2000).

Over the last two decades, STSE education has taken a prominent position in the science curricula of different parts of the world, such as Australia, Europe, the UK and USA (Kumar & Chubin, 2000). In Canada, the inclusion of STSE perspectives in science education has largely come about as a consequence of the Common Framework of science learning outcomes, Pan Canadian Protocol for collaboration on School Curriculum (1997) [2]. This document highlights a need to develop scientific literacy in conjunction with understanding the interrelationships between science, technology, and environment. According to Osborne (2000) & Hodson (2003), scientific literacy can be perceived in four different ways:

However, many science teachers find it difficult and even damaging to their professional identities to teach STSE as part of science education due to the fact that traditional science focuses on established scientific facts rather than philosophical, political, and social issues, the extent of which many educators find to be devaluing to the scientific curriculum. [1]

In the context of STSE education, the goals of teaching and learning are largely directed towards engendering cultural and democratic notions of scientific literacy. Here, advocates of STSE education argue that in order to broaden students' understanding of science, and better prepare them for active and responsible citizenship in the future, the scope of science education needs to go beyond learning about scientific theories, facts and technical skills. Therefore, the fundamental aim of STSE education is to equip students to understand and situate scientific and technological developments in their cultural, environmental, economic, political and social contexts (Solomon & Aikenhead, 1994; Bingle & Gaskell, 1994; Pedretti 1997 & 2005). For example, rather than learning about the facts and theories of weather patterns, students can explore them in the context of issues such as global warming. They can also debate the environmental, social, economic and political consequences of relevant legislation, such as the Kyoto Protocol. This is thought to provide a richer, more meaningful and relevant canvas against which scientific theories and phenomena relating to weather patterns can be explored (Pedretti et al. 2005).

In essence, STSE education aims to develop the following skills and perspectives [2]

Since STSE education has multiple facets, there are a variety of ways in which it can be approached in the classroom. This offers teachers a degree of flexibility, not only in the incorporation of STSE perspectives into their science teaching, but in integrating other curricular areas such as history, geography, social studies and language arts (Richardson & Blades, 2001). The table below summarizes the different approaches to STSE education described in the literature (Ziman, 1994 & Pedretti, 2005):

Opportunities and challenges of STSE education

Although advocates of STSE education keenly emphasize its merits in science education, they also recognize inherent difficulties in its implementation. The opportunities and challenges of STSE education have been articulated by Hughes (2000) and Pedretti & Forbes, (2000), at five different levels, as described below:

Values & beliefs: The goals of STSE education may challenge the values and beliefs of students and teachers—as well as conventional, culturally entrenched views on scientific and technological developments. Students gain opportunities to engage with, and deeply examine the impact of scientific development on their lives from a critical and informed perspective. This helps to develop students' analytical and problem solving capacities, as well as their ability to make informed choices in their everyday lives.

As they plan and implement STSE education lessons, teachers need to provide a balanced view of the issues being explored. This enables students to formulate their own thoughts, independently explore other opinions and have the confidence to voice their personal viewpoints. Teachers also need to cultivate safe, non-judgmental classroom environments, and must also be careful not to impose their own values and beliefs on students.

Knowledge & understanding: The interdisciplinary nature of STSE education requires teachers to research and gather information from a variety of sources. At the same time, teachers need to develop a sound understanding of issues from various disciplines—philosophy, history, geography, social studies, politics, economics, environment and science. This is so that students’ knowledge base can be appropriately scaffolded to enable them to effectively engage in discussions, debates and decision-making processes.

This ideal raises difficulties. Most science teachers are specialized in a particular field of science. Lack of time and resources may affect how deeply teachers and students can examine issues from multiple perspectives. Nevertheless, a multi-disciplinary approach to science education enables students to gain a more rounded perspective on the dilemmas, as well as the opportunities, that science presents in our daily lives.

Pedagogic approach: Depending on teacher experience and comfort levels, a variety of pedagogic approaches based on constructivism can be used to stimulate STSE education in the classroom. As illustrated in the table below, the pedagogies used in STSE classrooms need to take students through different levels of understanding to develop their abilities and confidence to critically examine issues and take responsible action.

Teachers are often faced with the challenge of transforming classroom practices from task-oriented approaches to those which focus on developing students' understanding and transferring agency for learning to students (Hughes, 2000). The table below is a compilation of pedagogic approaches for STSE education described in the literature (e.g. Hodson, 1998; Pedretti & Forbes 2000; Richardson & Blades, 2001):

Projects in the field of STSE

Science and the City

STSE education draws on holistic ways of knowing, learning, and interacting with science. A recent movement in science education has bridged science and technology education with society and environment awareness through critical explorations of place. The project Science and the City, for example, took place during the school years 2006-2007 and 2007-2008 involving an intergenerational group of researchers: 36 elementary students (grades 6, 7 & 8) working with their teachers, 6 university-based researchers, parents and community members. The goal was to come together, learn science and technology together, and use this knowledge to provide meaningful experiences that make a difference to the lives of friends, families, communities and environments that surround the school. The collective experience allowed students, teachers and learners to foster imagination, responsibility, collaboration, learning and action. The project has led to a series of publications:

Science and the City: A Field Zine

One collective publication, authored by the students, teachers and researchers together is that of a community zine that offered a format to share possibilities afforded by participatory practices that connect schools with local-knowledges, people and places.

Tokyo Global Engineering Corporation is an education-services organization that provides capstone STSE education programs free of charge to engineering students and other stakeholders. These programs are intended to complement—but not to replace—STSE coursework required by academic degree programs of study. The programs are educational opportunities, so students are not paid for their participation. All correspondence among members is completed via e-mail, and all meetings are held via Skype, with English as the language of instruction and publication. Students and other stakeholders are never asked to travel or leave their geographic locations, and are encouraged to publish organizational documents in their personal, primary languages, when English is a secondary language.

The Councils of Ministers of Education, Canada, website is a useful resource for understanding the goals and position of STSE education in Canadian Curricula.

These are examples of books available for information on STS/STSE education, teaching practices in science and issues that may be explored in STS/STSE lessons.