From Wikipedia, the free encyclopedia
Wikipedia portal for content related to Novels 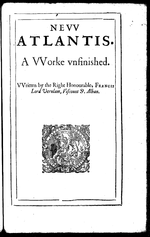 A novel is a relatively long work of narrative fiction, typically written in prose and published as a book. The present English word for a long work of prose fiction derives from the Italian: novella for "new", "news", or "short story of something new", itself from the Latin: novella, a singular noun use of the neuter plural of novellus, diminutive of novus, meaning "new". Some novelists, including Nathaniel Hawthorne, Herman Melville, Ann Radcliffe, John Cowper Powys, preferred the term "romance" to describe their novels.

According to Margaret Doody, the novel has "a continuous and comprehensive history of about two thousand years", with its origins in the Ancient Greek and Roman novel, in Chivalric romance, and in the tradition of the Italian renaissance novella. The ancient romance form was revived by Romanticism, especially the historical romances of Walter Scott and the Gothic novel. Some, including M. H. Abrams and Walter Scott, have argued that a novel is a fiction narrative that displays a realistic depiction of the state of a society, while the romance encompasses any fictitious narrative that emphasizes marvellous or uncommon incidents.

Works of fiction that include marvellous or uncommon incidents are also novels, including The Lord of the Rings, To Kill a Mockingbird, and Frankenstein. "Romances" are works of fiction whose main emphasis is on marvellous or unusual incidents, and should not be confused with the romance novel, a type of genre fiction that focuses on romantic love. ( Full article...)

This is a featured article, which represents some of the best content on English Wikipedia..

Uncle Tom's Cabin is American author Harriet Beecher Stowe's novel about the evils of slavery. Published in 1852, the novel had a profound effect on the world's view of African-Americans and slavery, so much so in the latter case that people have said the book laid the groundwork for the American Civil War. The novel focuses on the character of Uncle Tom, a long-suffering Black slave around whose life the stories of other characters—both fellow slaves and slave owners—revolve. The sentimental novel depicts the harsh reality of slavery while also asserting that Christian love and faith can overcome something as evil as enslavement of fellow human beings. Uncle Tom's Cabin was the best-selling novel of the 19th century and the second best-selling book of the 19th century, following the Bible. The book's impact was so great that when Abraham Lincoln met Stowe at the start of the American Civil War, Lincoln is often quoted as having declared, "So this is the little lady who made this big war." The book also helped create a number of common stereotypes about Blacks, many of which endure to this day. These include the affectionate, dark-skinned mammy; the Pickaninny stereotype of black children; and the Uncle Tom, or dutiful, long-suffering servant faithful to his white master or mistress. In recent years, the negative associations with Uncle Tom's Cabin have to a large degree overshadowed the historical impact of the book as a "vital antislavery tool."

The Catcher in the Rye

The following are images from various novel-related articles on Wikipedia.