From Wikipedia
https://en.wikipedia.org/wiki/Outline_of_Apple_Inc.
Overview of and topical guide to Apple Inc.

The following outline of Apple Inc. is a topical guide to the products, history, retail stores, corporate acquisitions, and personnel under the purview of the American multinational corporation Apple Inc.

For a chronological guide, see Timeline of Apple Inc. products.

Mac, a family of personal computers made by Apple. 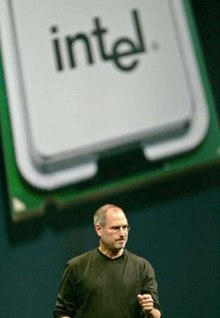 Steve Jobs talks about the transition to Intel in 2005.