Mathematical psychology is an approach to psychological research that is based on mathematical modeling of perceptual, thought, cognitive and motor processes, and on the establishment of law-like rules that relate quantifiable stimulus characteristics with quantifiable behavior (in practice often constituted by task performance). The mathematical approach is used with the goal of deriving hypotheses that are more exact and thus yield stricter empirical validations. There are five major research areas in mathematical psychology: learning and memory, perception and psychophysics, choice and decision-making, language and thinking, and measurement and scaling. [1]

Although psychology, as an independent subject of science, is a more recent discipline than physics, [2] the application of mathematics to psychology has been done in the hope of emulating the success of this approach in the physical sciences, which dates back to at least the seventeenth century. [3] Mathematics in psychology is used extensively roughly in two areas: one is the mathematical modeling of psychological theories and experimental phenomena, which leads to mathematical psychology, the other is the statistical approach of quantitative measurement practices in psychology, which leads to psychometrics. [2] 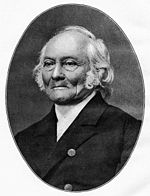 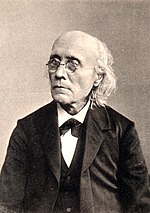 Mathematics and psychology before the 19th century

Choice and decision making theory are rooted in the development of probability theory. Blaise Pascal considered situations in gambling and further extended to Pascal's wager. [4] In the 18th century, Nicolas Bernoulli proposed the St. Petersburg Paradox in decision making, Daniel Bernoulli gave a solution and Laplace proposed a modification to the solution later on. In 1763, Bayes published the paper " An Essay towards solving a Problem in the Doctrine of Chances", which is the milestone of Bayesian statistics.

Robert Hooke worked on modeling human memory, which is a precursor of the study of memory.

Mathematics and psychology in the 19th century

The research developments in German and England in the 19th century made psychology a new academic subject. Since German approach emphasized experiments in the investigation of the psychological processes that all human share and the England approach was the measurement of individual differences, the applications of mathematics are also different.

In German, Wilhelm Wundt established the first experimental psychology laboratory. The math in German psychology is mainly applied in sensory and psychophysics. Ernst Weber (1795–1878) created the first mathematical law of the mind, Weber's law, based on a variety of experiments. Gustav Fechner (1801–1887) contributed math theories in sensations and perceptions and one of them is the Fechner's law, which modifies Weber's law.

Mathematical modeling has a long history in psychology starting in the 19th century with Ernst Weber (1795–1878) and Gustav Fechner (1801–1887) being among the first to apply successful mathematical technique of functional equations from physics to psychological processes. They thereby established the fields of experimental psychology in general, and that of psychophysics in particular.

Researchers in astronomy in the 19th century were mapping distances between stars by denoting the exact time of a star's passing of a cross-hair on a telescope. For lack of the automatic registration instruments of the modern era, these time measurements relied entirely on human response speed. It had been noted that there were small systematic differences in the times measured by different astronomers, and these were first systematically studied by German astronomer Friedrich Bessel (1782–1846). Bessel constructed personal equations from measurements of basic response speed that would cancel out individual differences from the astronomical calculations. Independently, physicist Hermann von Helmholtz measured reaction times to determine nerve conduction speed, developed resonance theory of hearing and the Young-Helmholtz theory of color vision.

These two lines of work came together in the research of Dutch physiologist F. C. Donders and his student J. J. de Jaager, who recognized the potential of reaction times for more or less objectively quantifying the amount of time elementary mental operations required. Donders envisioned the employment of his mental chronometry to scientifically infer the elements of complex cognitive activity by measurement of simple reaction time [5]

Although there are developments in sensation and perception, Johann Herbart developed a system of mathematical theories in cognitive area to understand the mental process of consciousness.

Galton introduced bivariate normal distribution in modeling the traits of the same individual, he also investigated measurement error and built his own model, and he also developed a stochastic branching process to examine the extinction of family names. There is also a tradition of the interest in studying intelligence in English psychology started from Galton. James McKeen Cattell and Alfred Binet developed tests of intelligence.

The first psychological laboratory was established in Germany by Wilhelm Wundt, who amply used Donders' ideas. However, findings that came from the laboratory were hard to replicate and this was soon attributed to the method of introspection that Wundt introduced. Some of the problems resulted from individual differences in response speed found by astronomers. Although Wundt did not seem to take interest in these individual variations and kept his focus on the study of the general human mind, Wundt's U.S. student James McKeen Cattell was fascinated by these differences and started to work on them during his stay in England.

The failure of Wundt's method of introspection led to the rise of different schools of thought. Wundt's laboratory was directed towards conscious human experience, in line with the work of Fechner and Weber on the intensity of stimuli. In the United Kingdom, under the influence of the anthropometric developments led by Francis Galton, interest focussed on individual differences between humans on psychological variables, in line with the work of Bessel. Cattell soon adopted the methods of Galton and helped laying the foundation of psychometrics.

Many statistical methods were developed even before the 20th century: Charles Spearman invented factor analysis which studies individual differences by the variance and covariance. German psychology and English psychology have been combined and taken over by the United States. The statistical methods dominated the field during the beginning of the century. There are two important statistical developments: Structural Equation Modeling (SEM) and analysis of variance (ANOVA). Since factor analysis unable to make causal inferences, the method of structural equation modeling was developed by Sewall Wright to correlational data to infer causality, which is still a major research area today. Those statistical methods formed psychometrics. The Psychometric Society was established in 1935 and the journal Psychometrika was published since 1936.

In the United States, behaviorism arose in opposition to introspectionism and associated reaction-time research, and turned the focus of psychological research entirely to learning theory. [5] In Europe introspection survived in Gestalt psychology. Behaviorism dominated American psychology until the end of the Second World War, and largely refrained from inference on mental processes. Formal theories were mostly absent (except for vision and hearing).

Two seminal papers on learning theory in Psychological Review helped to establish the field in a world that was still dominated by behaviorists: A paper by Bush and Mosteller instigated the linear operator approach to learning, [7] and a paper by Estes that started the stimulus sampling tradition in psychological theorizing. [8] These two papers presented the first detailed formal accounts of data from learning experiments.

Mathematical modeling of learning process were greatly developed in the 1950s as the behavioral learning theory was flourishing. One development is the stimulus sampling theory by Williams K. Estes, the other is linear operator models by Robert R. Bush, and Frederick Mosteller.

Signal processing and detection theory are broadly used in perception, psychophysics and nonsensory area of cognition. Von Neumann's book The Theory of Games and Economic Behavior establish the importance of game theory and decision making. R. Duncan Luce and Howard Raiffa contributed to the choice and decision making area.

The area of language and thinking comes into the spotlight with the development of computer science and linguistics, especially information theory and computation theory. Chomsky proposed the model of linguistics and computational hierarchy theory. Allen Newell and Herbert Simon proposed the model of human solving problems. The development in artificial intelligence and human computer interface are active areas in both computer science and psychology.

Before the 1950s, psychometricians emphasized the structure of measurement error and the development of high-power statistical methods to the measurement of psychological quantities but little of the psychometric work concerned the structure of the psychological quantities being measured or the cognitive factors behind the response data. Scott and Suppes studied relationship between the structure of data and the structure of numerical systems that represent the data. [9] Coombs constructed formal cognitive models of the respondent in a measurement situation rather than statistical data processing algorithms, for example the unfolding model. [10] [11] Another breakthrough is the development of a new form of the psychophysical scaling function along with new methods of collecting psychophysical data, like Stevens' power law. [12]

The 1950s saw a surge in mathematical theories of psychological processes, including Luce's theory of choice, Tanner and Swets' introduction of signal detection theory for human stimulus detection, and Miller's approach to information processing. [6] By the end of the 1950s, the number of mathematical psychologists had increased from a handful by more than a tenfold, not counting psychometricians. Most of these were concentrated at the Indiana University, Michigan, Pennsylvania, and Stanford. [6] [13] Some of these were regularly invited by the U.S. Social Science Research Counsel to teach in summer workshops in mathematics for social scientists at Stanford University, promoting collaboration.

To better define the field of mathematical psychology, the mathematical models of the 1950s were brought together in sequence of volumes edited by Luce, Bush, and Galanter: Two readings [14] and three handbooks. [15] This series of volumes turned out to be helpful in the development of the field. In the summer of 1963 the need was felt for a journal for theoretical and mathematical studies in all areas in psychology, excluding work that was mainly factor analytical. An initiative led by R. C. Atkinson, R. R. Bush, W. K. Estes, R. D. Luce, and P. Suppes resulted in the appearance of the first issue of the Journal of Mathematical Psychology in January 1964. [13]

Under the influence of developments in computer science, logic, and language theory, in the 1960s modeling gravitated towards computational mechanisms and devices. Examples of the latter constitute so called cognitive architectures (e.g., production rule systems, ACT-R) as well as connectionist systems or neural networks.[ citation needed]

Important mathematical expressions for relations between physical characteristics of stimuli and subjective perception are Weber–Fechner law, Ekman's law, Stevens's power law, Thurstone's law of comparative judgment, the theory of signal detection (borrowed from radar engineering), the matching law, and Rescorla–Wagner rule for classical conditioning. While the first three laws are all deterministic in nature, later established relations are more fundamentally stochastic. This has been a general theme in the evolution in mathematical modeling of psychological processes: from deterministic relations as found in classical physics to inherently stochastic models.[ citation needed]