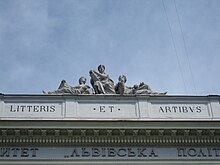 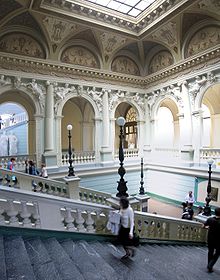 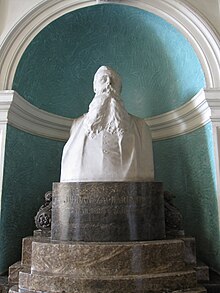 Lviv Polytechnic National University ( Ukrainian: Націона́льний університе́т «Льві́вська політе́хніка») is the largest scientific university in Lviv. Since its foundation in 1816, [1] it has been one of the most important centres of science and technological development in Central Europe. In the interbellum period, the Polytechnic was one of the most important technical colleges in Poland, together with the Warsaw Polytechnic. In 2020, Lviv Polytechnic was ranked globally among the top 1000 universities according to Times Higher Education. [2] As of 2019, there were approximately 35,000 students in the university. [3]

The history of the Lviv Polytechnic National University begins during the Austrian Empire, and extends through the Second Polish Republic, the Nazi Occupation, the Soviet Union, and into independent Ukraine.

On March 7, 1816 , the Tsisar-Royal Real School was opened in Lemberg (Lviv). A technical school was established with the help of the newly introduced local industrial tax. In the curricula of the Royall School, the main focus was assigned to the subjects of the natural-mathematical cycle, drawing, drawing and the study of new modern languages. The royal-school educational process was based on German educational programs that were adapted to local requirements. The newly created Royal School was housed in a beautiful building at number 20 on the then-current Pekarska Street (now Virmenska).

In 1825, according to the Royal Decree of the Austrian Emperor Franz I, the three-level Tsissar-Royal Real School was reorganised into the Tsissar-Royal School of Technical Sciences and Trade in Lviv.

In 1835, the School of Technical Sciences and Trade turned into the Tisar-Royal Real-Trade Academy in Lviv. Here in 1841 the technical faculty was opened.

In 1844, in the house of Darovskogo, on the present Armenian street, 2, the Tsisars-Royal Technical Academy was opened in Lviv with technical and trade departments (faculties). It was one of the first academic technical schools in Europe and the first in Ukraine. In 1877, at the start of a new academic year, under the leadership of the new rector Julian Zachariewicz, construction began of a new building to the academy (in the present Stepan Bandera street). Julian Zachariewicz was also an accomplished architect, and designed this building, based on the 1820s Technical University in Vienna, and the chemical laboratory.

At the same time, the academy was renamed Polytechnic School and included in the academic schools of the Austro-Hungarian Empire .

On 10 July 1912, Maria Sklodowska-Curie delivered a lecture at the Lviv Polytechnic School, and on the same day, she received the title of Honorary Doctor of Technical Sciences. Her name was commemorated on the honorary board of doctors honoris causa of Lviv Polytechnic.

On July 8, 2009 , the Cabinet of Ministers of Ukraine, at its meeting, granted the National University "Lviv Polytechnic" the status of a self-governing research national higher educational institution. [4]

In October 2017, the Tech StartUp School Business Innovation Center officially opened at Lviv Polytechnic National University with the aim of facilitating startups and innovations as well as providing students with business mentoring programs. [5]

In May 2018 the IoT lab designed for students was established in the university with the support of Lviv IT Cluster organization. [6]

The university has more than 35,000 students and extramural students. [8] The training of specialists is carried out in 64 bachelor's areas and 124 specialities, of which 123 are master's level.

The teaching process is provided by a teaching staff of more than 2,200 people, of whom more than 320 are doctors of sciences and more than 1200 are associate professors, PhD. The educational process involves scientists from scientific institutions of the National Academy of Sciences of Ukraine, production enterprises and design institutes. 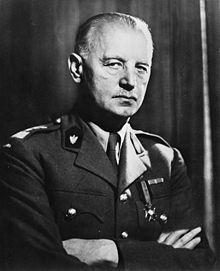 General Sikorski was an alumnus of the Lwów Polytechnic (1902–06)