Lists of mathematics topics cover a variety of topics related to mathematics. Some of these lists link to hundreds of articles; some link only to a few. The template to the right includes links to alphabetical lists of all mathematical articles. This article brings together the same content organized in a manner better suited for browsing. Lists cover aspects of basic and advanced mathematics, methodology, mathematical statements, integrals, general concepts, mathematical objects and reference tables. They also cover equations named after people, societies, mathematicians, journals and meta-lists.

The purpose of this list is not similar to that of the Mathematics Subject Classification formulated by the American Mathematical Society. Many mathematics journals ask authors of research papers and expository articles to list subject codes from the Mathematics Subject Classification in their papers. The subject codes so listed are used by the two major reviewing databases, Mathematical Reviews and Zentralblatt MATH. This list has some items that would not fit in such a classification, such as list of exponential topics and list of factorial and binomial topics, which may surprise the reader with the diversity of their coverage.

This branch is typically taught in secondary education or in the first year of university.

As a rough guide this list is divided into pure and applied sections although in reality these branches are overlapping and intertwined. 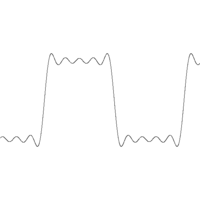 Calculus studies the computation of limits, derivatives, and integrals of functions of real numbers, and in particular studies instantaneous rates of change. Analysis evolved from calculus. 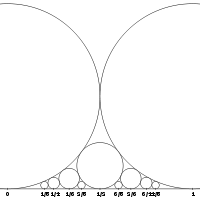 Ford circles—A circle rests upon each fraction in lowest terms. Each touches its neighbors without crossing.

Geometry is initially the study of spatial figures like circles and cubes, though it has been generalized considerably. Topology developed from geometry; it looks at those properties that do not change even when the figures are deformed by stretching and bending, like dimension.

Logic is the foundation which underlies mathematical logic and the rest of mathematics. It tries to formalize valid reasoning. In particular, it attempts to define what constitutes a proof. 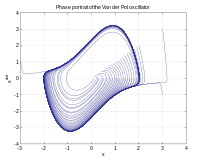 A differential equation is an equation involving an unknown function and its derivatives.

In a dynamical system, a fixed rule describes the time dependence of a point in a geometrical space. The mathematical models used to describe the swinging of a clock pendulum, the flow of water in a pipe, or the number of fish each spring in a lake are examples of dynamical systems. 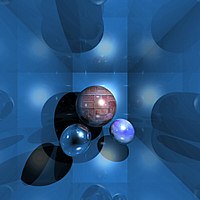 Ray tracing is a process based on computational mathematics.

Information theory is a branch of applied mathematics and Social science involving the quantification of information. Historically, information theory was developed to find fundamental limits on compressing and reliably communicating data.

Signal processing is the analysis, interpretation, and manipulation of signals. Signals of interest include sound, images, biological signals such as ECG, radar signals, and many others. Processing of such signals includes filtering, storage and reconstruction, separation of information from noise, compression, and feature extraction. 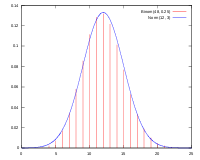 Probability theory is the formalization and study of the mathematics of uncertain events or knowledge. The related field of mathematical statistics develops statistical theory with mathematics. Statistics, the science concerned with collecting and analyzing data, is an autonomous discipline (and not a subdiscipline of applied mathematics).

Game theory is a branch of mathematics that uses models to study interactions with formalized incentive structures ("games"). It has applications in a variety of fields, including economics, anthropology , political science, social psychology and military strategy.

Operations research is the study and use of mathematical models, statistics and algorithms to aid in decision-making, typically with the goal of improving or optimizing performance of real-world systems.

A mathematical statement amounts to a proposition or assertion of some mathematical fact, formula, or construction. Such statements include axioms and the theorems that may be proved from them, conjectures that may be unproven or even unprovable, and also algorithms for computing the answers to questions that can be expressed mathematically.

Among mathematical objects are numbers, functions, sets, a great variety of things called "spaces" of one kind or another, algebraic structures such as rings, groups, or fields, and many other things.

Mathematicians study and research in all the different areas of mathematics. The publication of new discoveries in mathematics continues at an immense rate in hundreds of scientific journals, many of them devoted to mathematics and many devoted to subjects to which mathematics is applied (such as theoretical computer science and theoretical physics).

In calculus, the integral of a function is a generalization of area, mass, volume, sum, and total. The following pages list the integrals of many different functions.