An art magazine is a publication whose main topic is art. They can be in print form, online, or both and may be aimed at different audiences, including galleries, buyers, amateur or professional artists and the general public. Art magazines can be either trade or consumer magazines or both.

This is a dynamic list and may never be able to satisfy particular standards for completeness. You can help by adding missing items with reliable sources.
Contents 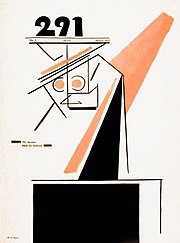