From Wikipedia
https://en.wikipedia.org/wiki/King_Edward_VII_Land
Peninsula which forms part of Marie Byrd Land in Antarctica 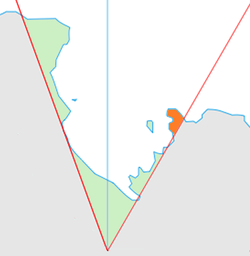 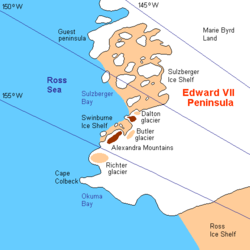 Most of the peninsula is within the Ross Dependency, claimed by New Zealand (see Territorial claims of Antarctica).