He has been married three times. His second wife was actress Patty Duke, and Astin is the adoptive father of Duke's son, actor Sean Astin.

Astin was born in Baltimore, Maryland, to Margaret Linnie (née Mackenzie) and Dr. Allen Varley Astin, who was the director of the National Bureau of Standards (now the National Institute of Standards and Technology). At that time, Astin and his family resided on Battery Lane in Bethesda, Maryland. He graduated from Johns Hopkins University in 1952, after transferring from Washington & Jefferson College. He studied mathematics at Washington & Jefferson and then drama at Johns Hopkins; he was a member of the Phi Kappa Psi fraternity at Johns Hopkins. [2] [3] [4]

Astin started in theater, making his first Broadway appearance as an understudy in Major Barbara, and also did voice-over work for commercials. His first big break in film came with a small role in West Side Story (1961).

During this period, his talent for also playing comedy was spotted by actor Tony Randall, [5] leading to guest starring roles on the sitcom Dennis the Menace, starring Jay North; The Donna Reed Show; and Harrigan and Son, starring Pat O'Brien, the first carried on CBS and the latter two carried on ABC. In 1961, Astin appeared in the final episode of the ABC police drama The Asphalt Jungle. 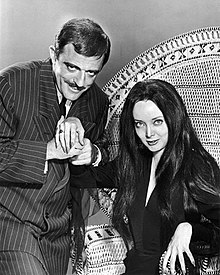 Astin joined the retooled The Pruitts of Southampton (re-titled The Phyllis Diller Show) for the second half of the 1966–67 season, playing Diller's brother-in-law, Angus Pruitt. He also played the Riddler in the second season of Batman ( Frank Gorshin returned for the third and final season.) [6] He played submarine commander Matthew Sherman on the 1970s television series Operation Petticoat. He also made several appearances in the first two seasons of the popular mystery series Murder, She Wrote, as scheming real estate developer (and finally Sheriff) Harry Pierce, who ends up as the murderer in his last episode. He had a recurring role on the sitcom Night Court as Buddy, eccentric former mental patient and the father of lead character Harry Stone. Astin played the regular role of Ed LaSalle on the short-lived Mary Tyler Moore sitcom Mary during the 1985–86 television season. He also guest starred on numerous television series, including appearances on Duckman, Homeboys in Outer Space, Jack Palance's ABC circus drama The Greatest Show on Earth, and a 1967 episode of Gunsmoke as Festus Haggen's cousin Henry.

Astin received an Academy Award nomination for Prelude, a short film that he wrote, produced, and directed. He was nominated for an Ace Award for his work on Tales from the Crypt, and received an Emmy Award nomination for the cartoon voice of Gomez on ABC-TV's The Addams Family. He also voiced the character Bull Gator on the animated series Taz-Mania. Astin served for four years on the board of directors of the Writers Guild of America, and has been active in community affairs in Los Angeles and Santa Monica.

He has continued to work in acting, appearing in a string of Killer Tomatoes films as Professor Gangreen and as Professor Wickwire in The Adventures of Brisco County, Jr.. In 1996 he featured as The Judge, the ghost of an Old West gunslinger, in Peter Jackson's The Frighteners. He also has toured the one-man play Edgar Allan Poe: Once Upon a Midnight, written by Paul Day Clemens and Ron Magid. In a December 2007 Baltimore Examiner interview, Astin said of his acting experience:

We all struggle, and I had plenty of that, but I've had a great time. I've done hundreds of TV shows and 30 to 40 movies, and I love acting. I'm very happy having done the Poe. That's been really terrific.

Astin is a member of the board of directors of the Columbia Center for Theatrical Arts in Columbia, Maryland. [7] [8] 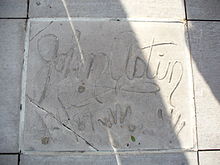 Astin is director of the Theater Arts and Studies Department and Homewood Professor of the Arts at Johns Hopkins University, his alma mater, which offers an undergraduate minor program. [9] Commenting on his dual career, he said in 2007, "I don't know one major university that has a known actor teaching every day." Astin noted that he is one of only a handful to earn a drama degree from Hopkins. He has taught at Hopkins since 2001. [10] Devika Bhise has been working with the university to create "The Astin Fund", an endowed chair that would allow theater to be a major at Johns Hopkins University for undergraduates.

Astin has five sons; three (David, Allen and Tom) with his first wife, Suzanne Hahn; two with his second wife, actress Patty Duke – one adopted ( Sean, Patty's son from an earlier relationship, whom Astin adopted during their marriage) and one biological ( Mackenzie).

Astin married Valerie Ann Sandobal in 1989 and the couple lives in Baltimore, Maryland.

Astin's film and television roles include: [12]