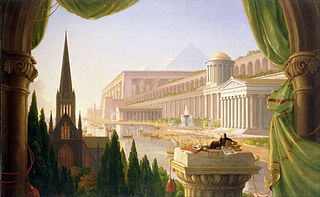 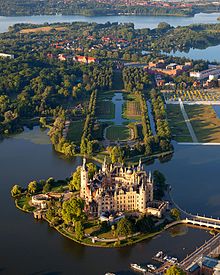 Historicism or historism ( German: Historismus) comprises artistic styles that draw their inspiration from recreating historic styles or imitating the work of historic artisans. [1] This is especially prevalent in architecture, such as Revival architecture. Through a combination of different styles or implementation of new elements, historicism can create completely different aesthetics than former styles. Thus, it offers a great variety of possible designs.

The period of Victorian architecture ( c. 1830–1900) mostly comprises architectural styles which can be characterised as historicism.

In the history of art, after Neoclassicism which in the Romantic era could itself be considered a historicist movement, the 19th century included a new historicist phase characterized by an interpretation not only of Greek and Roman classicism, but also of succeeding stylistic eras, which were increasingly respected. In particular in architecture and in the genre of history painting, in which historical subjects were treated with great attention to accurate period detail, the global influence of historicism was especially strong from the 1850s onwards. The change is often related to the rise of the bourgeoisie during and after the Industrial Revolution. By the end of the century, in the fin de siècle, Symbolism and Art Nouveau followed by Expressionism and Modernism acted to make Historicism look outdated, although many large public commissions continued in the 20th century. The Arts and Crafts style managed to combine a looser vernacular historicism with elements of Art Nouveau and other contemporary styles.

The influence of historicism remained strong until the 1950s in many countries. When postmodern architecture became widely popular during the 1980s, a Neohistorism style followed, that is still prominent and can be found around the world, especially in representative and upper-class buildings.

List of Historicism and Revivalism in Western architecture and decorative arts