From Wikipedia
(Redirected from Goans in science and technology)
https://en.wikipedia.org/wiki/Goans_in_science_and_technology

This is a list of famous and notable people from Goa, India. This list includes Goans and persons of Goan origin who are known to a large number of people, and not based on the extent of their popularity. Neither is the list viewed from the context of the present. Their fame could be brief; what matters is that they were well known during the peak of their popularity. The names are arranged in alphabetical order in their respective categories. 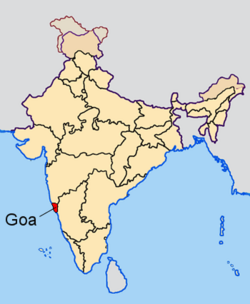 Location of Goa in the India map
This is a dynamic list and may never be able to satisfy particular standards for completeness. You can help by adding missing items with reliable sources.