From Wikipedia
https://en.wikipedia.org/wiki/Glamour_photography
Photography genre; subjects are portrayed in glamorous poses
For items, clothing, locations and other things that can improve appearance, see Glamour (presentation). 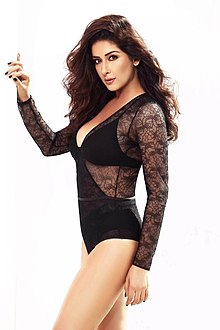 Sameksha Singh, an Indian actress and model, at a photoshoot

This type of photography is colloquially known as "cheesecake" or " pin-up" for women and " beefcake" for men. [3] [4]

Glamour photography is generally a composed image of a subject in a still position. The subjects of glamour photography for professional use are often professional models, and the photographs are normally intended for commercial use, including mass-produced calendars, pinups and men's magazines such as Maxim; but amateur subjects are also sometimes used, and sometimes the photographs are intended for private and personal use only. Photographers use a combination of cosmetics, lighting and airbrushing techniques to produce an appealing image of the subject. [5] [6]

Glamour models popular in the early 1990s included Hope Talmons and Dita Von Teese and the modern era is represented in the U.S. by models like Heidi Van Horne and Bernie Dexter, while leading representatives of the genre in the UK include Katie Price and Lucy Pinder.[ citation needed]

Standards and styles of glamour photography change over time, reflecting for example changes in social acceptance and taste. In the early 1920s, United States photographers like Ruth Harriet Louise and George Hurrell photographed celebrities to glamorize their stature by utilizing lighting techniques to develop dramatic effects. [7] [8]

Until the 1950s, glamour photography in advertising and in men's magazines was highly controversial or even illegal.[ citation needed] In some countries, if not illegal, such magazines could not be on public display, and some had to be displayed in a plastic cover. Magazines featuring glamour photography were sometimes marketed as "art magazines" or "health magazines".

Since the 1990s glamour photography has increased in popularity among the public. Glamour portrait studios have opened, offering professional hair and makeup artists and professional retouching to allow the general public to have the "model" experience. These sometimes include boudoir portraits but are more commonly used by professionals and high school seniors who want to look their best for their portraits.