During the period of the Chinese Cultural Revolution (1966–1976) in the People's Republic of China, Mao Zedong ordained that people in these groups should be considered enemies of the Revolution. Conversely, Mao categorized groups of people, such as members of the Chinese Communist Party, poor farmers and low class workers, as Five Red Categories. [1] [2] This new Red/Black class distinction was used to create a status society. 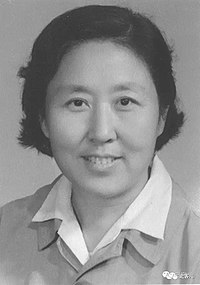 Bian Zhongyun, the first teacher or "education worker" killed by the Red Guards in Beijing (" Red August" of 1966).

Starting from the " Red August" of 1966, people in the Five Black Categories were separated out for struggle sessions, humiliation, re-education, beating, and persecution. [2] [4] [5] Many of them were killed by the Red Guards and others. [3] [4] [6] Mao believed that victimizing these people, as well as other groups of citizens – such as teachers, educated intellectuals, and enemies of the Communist Party (cadres) – was a necessary component to initiate the changes in the Chinese culture that he desired. He believed that those who were victimized either deserved it or became better citizens as a result of it. In general, intellectuals were called the " Stinking Old Ninth". Effectively, within a few years, the education and medical infrastructure of China was completely destroyed. [7] [8]

Members of the Black Classes were systematically discriminated against, as one's classification could affect employment opportunities and career prospects and even marriage opportunities. This could also be passed onto their children. Over time this resulted in a victimized underclass that was treated as if it were still composed of powerful and dominant people. [2] [3] [4] [5] [9]