From Wikipedia
https://en.wikipedia.org/wiki/Film_studies
Academic discipline focused on the cinema 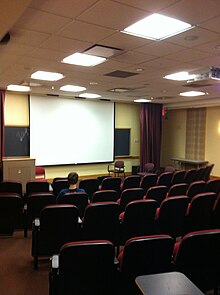 Film studies is an academic discipline that deals with various theoretical, historical, and critical approaches to cinema as an art form and a medium. It is sometimes subsumed within media studies and is often compared to television studies. [1]

Film studies is less concerned with advancing proficiency in film production than it is with exploring the narrative, artistic, cultural, economic, and political implications of the cinema. [1] In searching for these social-ideological values, film studies takes a series of critical approaches for the analysis of production, theoretical framework, context, and creation. [2] Also, in studying film, possible careers include critic or production. Overall the study of film continues to grow, as does the industry on which it focuses.

Film studies as an academic discipline emerged in the twentieth century, decades after the invention of motion pictures. Not to be confused with the technical aspects of film production, film studies exists only with the creation of film theory—which approaches film critically as an art—and the writing of film historiography. Because the modern film became an invention and industry only in the late nineteenth century, a generation of film producers and directors existed significantly before the academic analysis that followed in later generations.

Early film schools focused on the production and subjective critique of film rather than on the critical approaches, history and theory used to study academically. Since the time film was created, the concept of film studies as a whole grew to analyze the formal aspects of film as they were created. Established in 1919 the Moscow Film School was the first school in the world to focus on film. In the United States the USC School of Cinematic Arts, established in 1929, was the first cinematic based school, which was created in agreement with the Academy of Motion Picture Arts and Sciences. They were also the first to offer a major in film in 1932 but without the distinctions that are assumed in film studies. Universities began to implement different forms of cinema related curriculum without, however, the division between the abstract and practical approaches.

The Deutsche Filmakademie Babelsberg (i.e. German Film Academy Babelsberg) was founded in the Third Reich in 1938. Among the lecturers were e.g. Willi Forst and Heinrich George. To complete the studies at the Academy a student was expected to create his own film.

A movement away from Hollywood productions in the 1950s turned cinema into a more artistic independent endeavor. It was the creation of the auteur theory, which asserted film as the director's vision and art, that prompted film studies to become truly considered academically worldwide in the 1960s. In 1965, film critic Robin Wood, in his writings on Alfred Hitchcock, declared that Hitchcock's films contained the same complexities of Shakespeare's plays. [3] Similarly, Jean Luc Godard, a contributor to the influential magazine Cahiers du Cinéma wrote, "Jerry Lewis...is the only one in Hollywood doing something different, the only one who isn't falling in with the established categories, the norms, the principles. ...Lewis is the only one today who's making courageous films. [4] With stable enrollment, proper budgets and interest in all humanities numerous universities contained the ability to offer distinct film studies programs.

As the global community of filmmakers and scholars grew, the analysis of film developed into an academic discipline. This was helped in part by large donations from successful commercial filmmakers, who helped fund film studies departments in universities. An example is George Lucas' US$175 million donation to the USC School of Cinematic Arts in 2006. [5]

Today film studies exists worldwide as a discipline with specific schools dedicated to it. The aspects of film studies have grown to encompass numerous methods for teaching history, culture and society. Many liberal arts colleges and universities contain courses specifically geared toward the analysis of film. [6] Also exemplifying the increased diversity of film studies is the fact that high schools across the United States offer classes on film theory. Many programs conjoin film studies with media and television studies, taking knowledge from all parts of visual production in the approach. With the growing technologies such as 3-D film and YouTube, films are now concretely used to teach a reflection of culture and art around the world as a primary medium. Due to the ever-growing dynamic of film studies, a wide variety of curricula have emerged for analysis of critical approaches used in film. [7] Although each institution has the power to form the study material, students are usually expected to grasp a knowledge of conceptual shifts in film, a vocabulary for the analysis of film form and style, a sense of ideological dimensions of film, and an awareness of extra textual domains and possible direction of film in the future. [8] Universities offer their students a course in the field of film analysis to critically engage with the production of films which also allows the students to take part in research and seminars of specialized topics to enhance their critical abilities. [9]

The curriculum of tertiary level film studies programs often include but are not limited to:

With diverse courses that make up for film studies majors or minors come to exist within schools. [10] [11] [12]

Currently 144 different tertiary institutions nationwide offer a major program in film studies. [6] This number continues to grow each year with new interest in the film studies discipline. Institutions offering film degrees as part of their arts or communications curriculum differ from institutions with a dedicated film program. The curriculum is in no way limited to films made in the United States; a wide variety of films can be analyzed.

With the American film industry generating by far the highest global box office returns and second worldwide only to India in terms of number of filmgoers and number of productions, the attraction for film studies is high. To obtain a degree in the United States, a person is likely to pursue careers in the production of film, especially directing and producing films. [13] Often classes in the United States will combine new forms of media, such as television or new media, in combination with film study. [14] Those who study film want to be able to analyze the numerous films released in the United States every year in a more academic setting, or to understand the history of cinema as an art form. Films can reflect the culture of the period not only in the United States but around the world.

Film studies throughout the world exist in over 20 countries. Due to the high cost of film production developing countries are left out of the film industry especially in the academic setting. Despite this fact more prosperous countries have the ability to study film in all the aspects of film studies. Discourse in film can be found in the schools around the world; often, international attention to the aesthetics of film emerge from film festivals. For example, the Cannes Film Festival is the most prestigious in the world. [15] Though this discourse revolves around the film industry and promotion and does not exist within an academic school setting, numerous aspects of analysis and critical approaches are taken into account on this international stage.