From Wikipedia
https://en.wikipedia.org/wiki/Façade_(entertainment)
A series of poems often recited over music 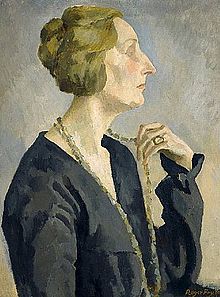 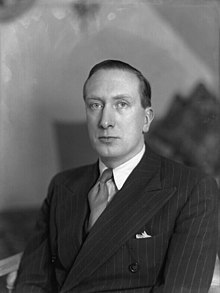 Façade is a series of poems by Edith Sitwell, best known as part of Façade – An Entertainment in which the poems are recited over an instrumental accompaniment by William Walton. The poems and the music exist in several versions.

Sitwell began to publish some of the Façade poems in 1918, in the literary magazine Wheels. In 1922 many of them were given an orchestral accompaniment by Walton, Sitwell's protégé. The "entertainment" was first performed in public on 12 June 1923 at the Aeolian Hall in London, and achieved both fame and notoriety for its unconventional form. Walton arranged two suites of his music for full orchestra. When Frederick Ashton made a ballet of Façade in 1931, Sitwell did not wish her poems to be part of it, and the orchestral arrangements were used.

After Sitwell's death, Walton published supplementary versions of Façade for speaker and small ensemble using numbers dropped between the premiere and the publication of the full score in 1951.

A table showing the various permutations can be seen here.

It is sometimes said that the Façade verses are nonsense poetry, in the tradition of Edward Lear. [1] But despite the experiments with sound and rhythm, there is meaning in Sitwell's poems. [1] The literary scholar Jack Lindsay wrote, "The associations are often glancing and rapid in the extreme, but the total effect comes from a highly organized basis of sense." [2] Other writers have detected personal references in the Façade poems. Christopher Palmer lists many references to Sitwell's unhappy childhood, from the kind Mariner Man (her father's valet who entertained her with seafaring stories) to the implacable Mrs Behemoth (her mother). [1]

The Sitwell-Walton Façade – An Entertainment

The "entertainment" Façade, in which Sitwell's poems are recited over an instrumental accompaniment by Walton, was first given privately in the Sitwell family's London house on 24 January 1922. The first public performance was given at the Aeolian Hall, London, on 12 June 1923. On both occasions, the author recited the verse and the composer conducted the ensemble. [3]

Walton made changes to the instrumentation for the entertainment between its premiere and the publication of the first printed score nearly thirty years later, [3] but in both 1922–23 and 1951 he scored for six players. The published score specifies flute (doubling piccolo), clarinet (doubling bass clarinet), alto saxophone, trumpet, percussion, and cello. [4] Walton quotes a range of earlier composers in his score, from Rossini (the William Tell overture appears in the Swiss Jodelling Song) to George Grossmith (whose comic song, "See me dance the polka", is present throughout Walton's Polka). [5]

In the Sitwell-Walton Façade there are three poems, "Through Gilded Trellises," "A Man from a far Country" (from Sitwell's The Sleeping Beauty), and "Tarantella" (never formally published by Sitwell), that do not feature in her published edition of Façade. As the performing version frequently recited in public and recorded for the gramophone by Sitwell included the Tarantella, it may be assumed that she did not require the musical version to adhere strictly to the text of the published poems.

The public premiere of the entertainment was a succès de scandale. [6] The performance consisted of Sitwell's verses, which she recited through a megaphone protruding through a decorated screen, while Walton conducted an ensemble of six players in his accompanying music. [6] The press was generally condemnatory. One contemporary headline read: "Drivel That They Paid to Hear". [1] The Daily Express loathed the work, but admitted that it was naggingly memorable. [7] The Manchester Guardian wrote of "relentless cacophony". [8] The Observer condemned the verses and dismissed Walton's music as "harmless". [9] In The Illustrated London News, Edward J. Dent was much more appreciative: "The audience was at first inclined to treat the whole thing as an absurd joke, but there is always a surprisingly serious element in Miss Sitwell's poetry and Mr Walton's music ... which soon induced the audience to listen with breathless attention." [10] In The Sunday Times, Ernest Newman said of Walton, "as a musical joker he is a jewel of the first water". [11] Among the audience were Evelyn Waugh, Virginia Woolf and Noël Coward. The last was so outraged by the avant-garde nature of Sitwell's verses and the staging, that he marched out ostentatiously during the performance. [12] The players did not like the work: the clarinettist asked the composer, "Mr Walton, has a clarinet player ever done you an injury?" [6] Nevertheless, the work soon became accepted, and within a decade Walton's music was used for the popular Façade ballet, choreographed by Frederick Ashton. [13]

On 3 March 1930, the BBC made what it described as a "complete" broadcast of the work (18 poems) from the Central Hall, Westminster, produced by Edward Clark. The speakers were Sitwell and Constant Lambert and the conductor was Leslie Heward. [14]

Walton revised the music continually between its first performance and the first publication of the full score in 1951. That definitive version of the Sitwell-Walton Façade consists of:

In the 1970s, Walton released some further numbers, under the title Façade Revived, later revising, dropping and adding numbers, as Façade II.

The work was premiered at the Plaisterers' Hall, London on 25 March 1977, with Richard Baker as reciter and the English Bach Festival Ensemble conducted by Charles Mackerras. [15]

This version was premiered at the Aldeburgh Festival on 19 June 1979, with Sir Peter Pears as reciter and an ensemble conducted by Steuart Bedford. [16]

When the most comprehensive edition of the Sitwell-Walton versions was released in 1993 (on a CD featuring the voice of the Façade specialist Pamela Hunter with the Melologos ensemble) the number of poems had risen to 42. Pamela Hunter recites all these poems on the 1993 CD, including the nine (indicated by an asterisk, below) for which there are no extant musical accompaniments.

After this recording was made in 1993, evidence of additional numbers that were included in the June 1923 performance of Façade came to light. As noted by Stewart Craggs, [17] a copy of the programme for this performance emerged which indicated that 28 poems by Sitwell were set by Walton, including four that were previously unknown, having been lost and forgotten in the intervening years: Clown Argheb's Song, Dark Song, Gone Dry and Serenade. A detailed chronology of the various versions of Façade has been given by Stephen Lloyd, who notes that Serenade may have been a recited poem or a purely instrumental piece. [18]

Walton set three selections from Façade as art-songs for soprano and piano (1932), [19] to be sung with full voice rather than spoken rhythmically. These are:

The first of Walton's two Façade suites for full orchestra was published in 1926. Walton conducted the first performance. The suite consists of:

The second suite was premiered in 1938, with John Barbirolli conducting the New York Philharmonic. It consists of:

A third suite, arranged by Christopher Palmer, [22] was published in 1992, consisting of:

Façade was first made into a ballet by Günter Hess for the German Chamber Dance Theatre in 1929. In 1931 Frederick Ashton created another ballet version. Both used the First Façade Suite. For Ashton's version the Scotch Rhapsody and Popular Song were added to the First Suite. Ashton later expanded the ballet to include the Country Dance, Noche Espagnole and the Foxtrot, Old Sir Faulk. [23]

In 1972, to mark Walton's seventieth birthday, Ashton created a new ballet using the score of the "entertainment". It was premiered at the Aldeburgh Festival, with Peter Pears as the reciter. [23]