From Wikipedia
https://en.wikipedia.org/wiki/Digital_video
Digital electronic representation of moving visual images
This article is about digital techniques applied to video. For the standard format for storing digital video, see DV. For other uses, see Digital video (disambiguation).

Digital video is audio and video mixed together to make a production. the data gathered used to create a video, rather than a series of photos put together. Digital video have many advantages such as easy copying, multicasting, easy sharing and storage. Video recorded on tape is used on a computer on media player. Digital video is made of images displayed rapidly frequencies of 15, 24,30, and 60 frames per second.

Digital video can be copied and reproduced with no degradation in quality. In contrast, when analog sources are copied, they experience generation loss. Digital video can be stored on digital media such as Blu-ray Disc, on computer data storage, or streamed over the Internet to end users who watch content on a desktop computer screen or a digital smart TV. Today, digital video content such as TV shows and movies also include a digital audio soundtrack.

The basis for digital video cameras are metal-oxide-semiconductor (MOS) image sensors. [2] The first practical semiconductor image sensor was the charge-coupled device (CCD), invented in 1969 [3] by Willard S. Boyle, who won a Nobel Prize for his work in physics. [4] Following the commercialization of CCD sensors during the late 1970s to early 1980s, the entertainment industry slowly began transitioning to digital imaging and digital video over from analog video the next two decades. [5] The CCD was followed by the CMOS active-pixel sensor ( CMOS sensor), [6] developed in the 1990s. [7] [8] CMOS are beneficial because of their small size, high speed, and low power usage. CMOS are most commonly found today in the digital cameras in iPhones, used as the image censor for the device. [9]

A Betacam SP camera, originally developed in 1986 by Sony.

Starting in the late 1970s to the early 1980s, video production equipment that was digital in its internal workings was introduced. These included time base correctors (TBC) [a] and digital video effects (DVE) units. [b] They operated by taking a standard analog composite video input and digitizing it internally. This made it easier to either correct or enhance the video signal, as in the case of a TBC, or to manipulate and add effects to the video, in the case of a DVE unit. The digitized and processed video information was then converted back to standard analog video for output.

Later on in the 1970s, manufacturers of professional video broadcast equipment, such as Bosch (through their Fernseh division) and Ampex developed prototype digital videotape recorders (VTR) in their research and development labs. Bosch's machine used a modified 1 inch type B videotape transport and recorded an early form of CCIR 601 digital video. Ampex's prototype digital video recorder used a modified 2-inch quadruplex videotape VTR (an Ampex AVR-3) fitted with custom digital video electronics and a special "octaplex" 8-head headwheel (regular analog 2" quad machines only used 4 heads). Like standard 2" quad, the audio on the Ampex prototype digital machine, nicknamed by its developers as "Annie," still recorded the audio in analog as linear tracks on the tape. None of these machines from these manufacturers were ever marketed commercially.

Digital video was first introduced commercially in 1986 with the Sony D1 format, which recorded an uncompressed standard definition component video signal in digital form. Component video connections required 3 cables, but most television facilities were wired for composite NTSC or PAL video using one cable. Due this incompatibility the cost of the recorder, D1 was used primarily by large television networks and other component-video capable video studios. 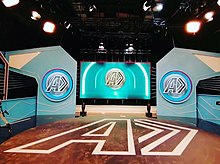 In 1988, Sony and Ampex co-developed and released the D2 digital videocassette format, which recorded video digitally without compression in ITU-601 format, much like D1. In comparison, D2 had the major difference of encoding the video in composite form to the NTSC standard, thereby only requiring single-cable composite video connections to and from a D2 VCR. This made it a perfect fit for the majority of television facilities at the time. D2 was a successful format in the television broadcast industry throughout the late '80s and the '90s. D2 was also widely used in that era as the master tape format for mastering laserdiscs. [c]

D1 & D2 would eventually be replaced by cheaper systems using video compression, most notably Sony's Digital Betacam, [d] that were introduced into the network's television studios. Other examples of digital video formats utilizing compression were Ampex's DCT (the first to employ such when introduced in 1992), the industry-standard DV and MiniDV and its professional variations, Sony's DVCAM and Panasonic's DVCPRO, and Betacam SX, a lower-cost variant of Digital Betacam using MPEG-2 compression. [14]

The Sony logo, creator of the Betacam.

One of the first digital video products to run on personal computers was PACo: The PICS Animation Compiler from The Company of Science & Art in Providence, RI. It was developed starting in 1990 and first shipped in May 1991. PACo could stream unlimited-length video with synchronized sound from a single file (with the ".CAV" file extension) on CD-ROM. Creation required a Mac, and playback was possible on Macs, PCs, and Sun SPARCstations. [15]

QuickTime, Apple Computer's multimedia framework, was released in June 1991. Audio Video Interleave from Microsoft followed in 1992. Initial consumer-level content creation tools were crude, requiring an analog video source to be digitized to a computer-readable format. While low-quality at first, consumer digital video increased rapidly in quality, first with the introduction of playback standards such as MPEG-1 and MPEG-2 (adopted for use in television transmission and DVD media), and the introduction of the DV tape format allowing recordings in the format to be transferred directly to digital video files using a FireWire port on an editing computer. This simplified the process, allowing non-linear editing systems (NLE) to be deployed cheaply and widely on desktop computers with no external playback or recording equipment needed.

The widespread adoption of digital video and accompanying compression formats has reduced the bandwidth needed for a high-definition video signal (with HDV and AVCHD, as well as several commercial variants such as DVCPRO-HD, all using less bandwidth than a standard definition analog signal). These savings have increased the number of channels available on cable television and direct broadcast satellite systems, created opportunities for spectrum reallocation of terrestrial television broadcast frequencies, and made tapeless camcorders based on flash memory possible, among other innovations and efficiencies.

Culturally, digital video has allowed video and film to become widely available and popular, beneficial to entertainment, education, and research. [16] Digital video is increasingly common in schools, with students and teachers taking an interest in learning how to use it in relevant ways. [17] Digital video also has healthcare applications, allowing doctors to track infant heart rates and oxygen levels. [18]

In addition, the switch from analog to digital video impacted media in various ways, such as in how business use cameras for surveillance. Closed circuit television (CCTV) switched to using digital video recorders (DVR), presenting the issue of how to store recordings for evidence collection. Today, digital video is able to be compressed in order to save storage space. [19]

Digital Television, also known as DTV, is the production and transmission of digital video from networks to consumers. This technique uses digital encoding instead of analog signals used prior to the 1950s. [20] As compared to analog methods, DTV is faster and provides more capabilities and options for data to be transmitted and shared. [21]

Digital video comprises a series of digital images displayed in rapid succession. In the context of video, these images are called frames. [e] The rate at which frames are displayed is known as the frame rate and is measured in frames per second (FPS). Every frame is a digital image and so comprises a formation of pixels. The color of a pixel is represented by a fixed number of bits of that color where the information of the color is stored within the image. [22] For example, 8-bit captures 256 levels per channel, and 10-bit captures 1,024 levels per channel. [23] The more bits, the more subtle variations of colors can be reproduced. This is called the color depth, or bit depth, of the video.

A broadcast television camera at the Pavek Museum in Minnesota.

By definition, bit rate is a measurement of the rate of information content from the digital video stream. In the case of uncompressed video, bit rate corresponds directly to the quality of the video because bit rate is proportional to every property that affects the video quality. Bit rate is an important property when transmitting video because the transmission link must be capable of supporting that bit rate. Bit rate is also important when dealing with the storage of video because, as shown above, the video size is proportional to the bit rate and the duration. Video compression is used to greatly reduce the bit rate while having little effect on quality. [24]

BPP represents the average bits per pixel. There are compression algorithms that keep the BPP almost constant throughout the entire duration of the video. In this case, we also get video output with a constant bitrate (CBR). This CBR video is suitable for real-time, non-buffered, fixed bandwidth video streaming (e.g. in videoconferencing). Since not all frames can be compressed at the same level, because quality is more severely impacted for scenes of high complexity, some algorithms try to constantly adjust the BPP. They keep the BPP high while compressing complex scenes and low for less demanding scenes. [25] This way, it provides the best quality at the smallest average bit rate (and the smallest file size, accordingly). This method produces a variable bitrate because it tracks the variations of the BPP.

One set of odd or even lines is referred to as a field, and a consecutive pairing of two fields of opposite parity is called a frame. Progressive scan cameras record all lines in each frame as a single unit. Thus, interlaced video captures the scene motion twice as often as progressive video does for the same frame rate. Progressive-scan generally produces a slightly sharper image, however, motion may not be as smooth as interlaced video.

Digital video can be copied with no generation loss; which degrades quality in analog systems. However, a change in parameters like frame size, or a change of the digital format can decrease the quality of the video due to image scaling and transcoding losses. Digital video can be manipulated and edited on non-linear editing systems.

Digital video has a significantly lower cost than 35 mm film. In comparison to the high cost of film stock, the digital media used for digital video recording, such as flash memory or hard disk drive is very inexpensive. Digital video also allows footage to be viewed on location without the expensive and time-consuming chemical processing required by film. Network transfer of digital video makes physical deliveries of tapes and film reels unnecessary.

An diagram of 35 mm film as used in Cinemscope cameras.

Many types of video compression exist for serving digital video over the internet and on optical disks. The file sizes of digital video used for professional editing are generally not practical for these purposes, and the video requires further compression with codecs to be used for recreational purposes.

As of 2017 [update], the highest image resolution demonstrated for digital video generation is 132.7 megapixels (15360 x 8640 pixels). [26] The highest speed is attained in industrial and scientific high speed cameras that are capable of filming 1024x1024 video at up to 1 million frames per second for brief periods of recording.

The following interface has been designed for carrying MPEG-Transport compressed video:

Other methods of carrying video over IP 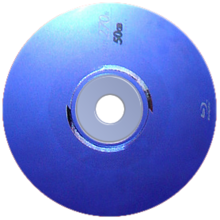