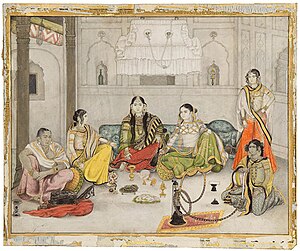 Company style, also known as Company painting or Patna painting [1] ( Hindi: kampani kalam) is a term for a hybrid Indo-European style of paintings made in India by Indian artists, many of whom worked for European patrons in the East India Company or other foreign Companies in the 18th and 19th centuries. The style blended traditional elements from Rajput and Mughal painting with a more Western treatment of perspective, volume and recession. Most paintings were small, reflecting the Indian miniature tradition, but the natural history paintings of plants and birds were usually life size. 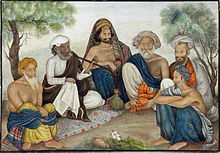 Khan Bahadur Khan with Men of his Clan, c. 1815, from the Fraser Album

First emerging in Murshidabad, later leading centres were the main British settlements of Calcutta, Madras (Chennai), Varanasi, Delhi, Lucknow, Patna, the Maratha court of Thanjavur and Bangalore. [1] Subjects included portraits, landscapes and views, and scenes of Indian people, dancers and festivals. Series of figures of different castes or trades were particular favourites, with an emphasis on differences in costume; now they are equally popular as subjects for analysis by historians of the imperialist mentality. 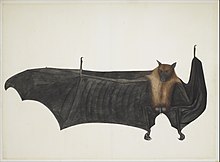 Large-scale patrons included Colonel James Skinner of Skinner's Horse fame, who had a Rajput mother, and for natural history paintings, Mary Impey, wife of Elijah Impey, who commissioned over three hundred for the Impey Album, and the Marquess Wellesley, brother of the first Duke of Wellington, who had over 2,500. There were equivalent movements, but much smaller, around the French and Portuguese possessions in India, and in other South Asian areas like Burma and Ceylon.

The French-born Major-General Claude Martin (1735–1800), latterly based in Lucknow, commissioned 658 paintings of birds, including Black Stork in a Landscape, now in the Metropolitan Museum of Art in New York. [3]

Some notable artists include Mazhar Ali Khan, who worked on Thomas Metcalfe's Delhi Book, and was part of a dynasty of miniature artists, the patriarch of whom, Ghulam Ali Khan, had worked for William Fraser on a similar commission known as the Fraser Album, with over 90 paintings and drawings, mostly painted in 1815 to 1819, which came to light in Fraser's papers only in 1979; they are now dispersed. He, like his uncle Ghulam Murtaza Khan, also painted portraits of the last Mughal emperors and their courts.

The Delhi Book or Reminiscences of Imperial Delhi is an album including 120 paintings in Company style, commissioned in 1844 by Sir Thomas Metcalfe, the Company's Agent at the Mughal court after the murder of Fraser in 1835. Most are by Mazhar Ali Khan, and show the final years of the Delhi court, as well as local monuments. The book is now in the British Library in London. [4] 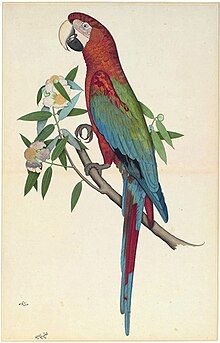 Paintings were mostly on paper, but sometimes on ivory, especially those from Delhi. They were mostly intended to be kept in portfolios or albums; the muraqqa or album was very well established among Indian collectors, though usually including calligraphy as well, as least in Muslim examples. The style developed in the second half of the 18th century, and by the early nineteenth century production was at a considerable level, with many of the cheaper paintings being copied by rote. By the 19th century many artists had shops to sell the work and workshops to produce it.

The arrival of photography was a direct blow for the style, but it survived into the 20th century, Ishwari Prasad of Patna, who died in 1950, being perhaps the last notable exponent. In the late 19th century the British established several Schools of Art, where a yet more Westernised version of the style was taught, later in competition with other styles.