Order of the Companions of Honour Information

From Wikipedia
(Redirected from Companion of Honour)
https://en.wikipedia.org/wiki/Companion_of_Honour
Order founded as an award for outstanding achievement

The order was originally intended to be conferred upon a limited number of persons for whom this special distinction seemed to be the most appropriate form of recognition, constituting an honour disassociated either from the acceptance of title or the classification of merit. [1] It is now described as being "awarded for having a major contribution to the arts, science, medicine, or government lasting over a long period of time". [3] The first recipients of the order were all decorated for "services in connection with the war" and were listed in The London Gazette. [4] 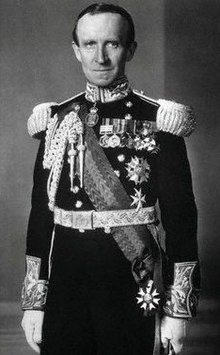 Lord Tweedsmuir, as Governor General of Canada, wearing the Companion of Honour badge around his neck.

Appointments to the order are generally made on the advice of prime ministers of the Commonwealth realms. [2] For Canadians, the advice to the Sovereign can come from a variety of officials. [5] Originally, the order was limited to 50 ordinary members, but in 1943 it was enlarged to 65, with a quota of 45 members for the United Kingdom, seven for Australia, two each for New Zealand and South Africa, and nine for India, Burma, and the other British colonies. The quota numbers were altered in 1970 to 47 for the United Kingdom, seven for Australia, two for New Zealand, and nine for other Commonwealth realms. The quota was adjusted again in 1975 by adding two places to the New Zealand quota and reducing the nine for the other countries to seven. [6]

While still able to nominate candidates to the order, the Cabinet of Australia has effectively stopped the allocation of this award to that country's citizens in preference to other Australian honours. The last Australian member, Doug Anthony, former Deputy Prime Minister of Australia, died on 20 December 2020. [7] Companions from other Commonwealth realms continue to be appointed, Dame Kiri Te Kanawa, a New Zealand soprano, was given the award in 2018 and Canadian author Margaret Atwood was given the award in 2019.

The insignia of the order is in the form of an oval medallion, surmounted by a royal crown (but, until recently, surmounted by an imperial crown), and with a rectangular panel within, depicting on it an oak tree, a shield with the Royal Arms of the United Kingdom hanging from one branch, and, on the left, a mounted knight in armour. The insignia's blue border bears in gold letters the motto IN ACTION FAITHFUL AND IN HONOUR CLEAR, Alexander Pope's description (in iambic pentameter) in his Epistle to Mr Addison of James Craggs, later used on Craggs's monument in Westminster Abbey. Men wear the badge on a neck ribbon (red with golden border threads) and women on a bow at the left shoulder.