From Wikipedia, the free encyclopedia
Application of mathematical methods to other fields
For the company, see Applied Maths. 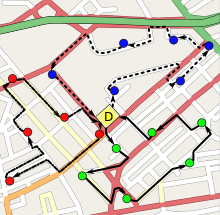 In the past, practical applications have motivated the development of mathematical theories, which then became the subject of study in pure mathematics where abstract concepts are studied for their own sake. The activity of applied mathematics is thus intimately connected with research in pure mathematics. 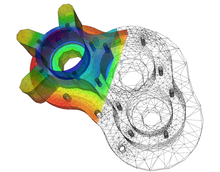 A numerical solution to the heat equation on a pump casing model using the finite element method.

Fluid mechanics is often considered a branch of applied mathematics and mechanical engineering.

There is no consensus as to what the various branches of applied mathematics are. Such categorizations are made difficult by the way mathematics and science change over time, and also by the way universities organize departments, courses, and degrees.

The success of modern numerical mathematical methods and software has led to the emergence of computational mathematics, computational science, and computational engineering, which use high-performance computing for the simulation of phenomena and the solution of problems in the sciences and engineering. These are often considered interdisciplinary.

Sometimes, the term applicable mathematics is used to distinguish between the traditional applied mathematics that developed alongside physics and the many areas of mathematics that are applicable to real-world problems today, although there is no consensus as to a precise definition. [3]

Mathematical finance is concerned with the modelling of financial markets.

Historically, mathematics was most important in the natural sciences and engineering. However, since World War II, fields outside the physical sciences have spawned the creation of new areas of mathematics, such as game theory and social choice theory, which grew out of economic considerations. Further, the utilization and development of mathematical methods expanded into other areas leading to the creation of new fields such as mathematical finance and data science.

The advent of the computer has enabled new applications: studying and using the new computer technology itself ( computer science) to study problems arising in other areas of science (computational science) as well as the mathematics of computation (for example, theoretical computer science, computer algebra, [7] [8] [9] [10] numerical analysis [11] [12] [13] [14]). Statistics is probably the most widespread mathematical science used in the social sciences.

Some universities in the U.K. host departments of Applied Mathematics and Theoretical Physics, [15] [16] [17] but it is now much less common to have separate departments of pure and applied mathematics. A notable exception to this is the Department of Applied Mathematics and Theoretical Physics at the University of Cambridge, housing the Lucasian Professor of Mathematics whose past holders include Isaac Newton, Charles Babbage, James Lighthill, Paul Dirac, and Stephen Hawking. 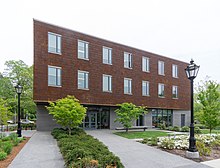 The Brown University Division of Applied Mathematics is the oldest applied math program in the U.S. [18] [19] 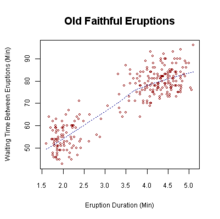 Applied mathematics is associated with the following mathematical sciences:

With applications of applied geometry together with applied chemistry.

Operations research [26] and management science are often taught in faculties of engineering, business, and public policy.

Actuarial science applies probability, statistics, and economic theory to assess risk in insurance, finance and other industries and professions. [27]

with MSC2010 classifications for ' Game theory' at codes 91Axx and for 'Mathematical economics' at codes 91Bxx.

The line between applied mathematics and specific areas of application is often blurred. Many universities teach mathematical and statistical courses outside the respective departments, in departments and areas including business, engineering, physics, chemistry, psychology, biology, computer science, scientific computation, and mathematical physics.

Wikiversity has learning resources about School:Mathematics

Wikibooks has a book on the topic of: Applicable Mathematics
Retrieved from " https://en.wikipedia.org/?title=Applied_mathematics&oldid=1119951937"
Category:
Hidden categories: