An adjutant general is a military chief administrative officer.

In Revolutionary France, the adjudant-général was a senior staff officer, effectively an assistant to a general officer. [1] It was a special position for lieutenant-colonels and colonels in staff service. Starting in 1795, only colonels could be appointed to the position. It was supplemented by the rank of adjudant-commandant in 1800. In 1803 the position was abolished and adjudants-généraux reverted to the rank of colonel.

Adjutant of the Emperor from the House of Habsburg

The General Adjutants (generals only) and Wing Adjutants (staff officers only) were used to service the Emperor of the Habsburg Monarchy. The emperor's first general aide had a captain or lieutenant as an officer. Traditionally, the Wing Adjutants did their regular service. From the various branches of the Imperial Army, diligent military personnel were selected and given to the Emperor for election.

The adjutants were then assigned to the emperor in their two to three-year service, formed his constant accompaniment, regulated and monitored the daily program and audiences, and were responsible for the personal file run between the war ministry and the emperor. The service with Emperor Franz Joseph I began for the wing adjutants at three in the morning in full gear because the emperor got up very early. After the imperial breakfast, the adjutant reported to the emperor and presented current reports and the daily program. The service with the emperor was considered very exhausting. [2]

Even today, the head of the House of Habsburg has an adjutant general to assist him with official appointments.

For over 250 years the Adjutant-General to the Forces was one of the most senior officers in the British Army. He was responsible for developing the Army's personnel policies and supporting its people. [3] Since 2016 the Adjutant-General has been renamed Commander Home Command with different responsibilities. 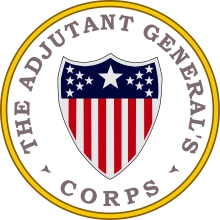 In the United States, there are three definitions of this term:

In Imperial Russia, the Adjutant general ( Russian: Генерал-адъютант / General-adyutant) was an assistant who attended the Tsar, a field marshal or a general. [6] 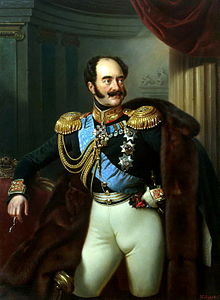 In India the Adjutant-General is the senior administration officer for the Indian Army and reports to the Chief of Army Staff. [8]

In Pakistan, the Adjutant-General and Judge Advocate General is the army's most senior administration and legal officer. [9]

In Sri Lanka the Adjutant-General is the senior administration officer for the Sri Lanka Army and reports to the Commander of the Army. The Adjutant General's (AGs) branch responsible for personal administration, welfare, medical services and rehabilitation.