From Wikipedia, the free encyclopedia
(Redirected from Academy of Sciences)

Main building of the Royal Swedish Academy of Sciences in Stockholm. 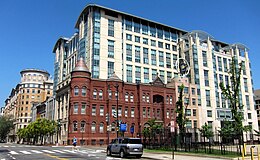 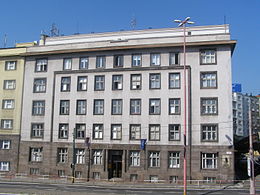 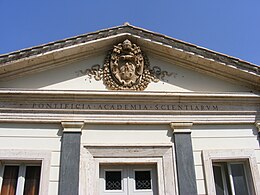 Entrance of the Pontifical Academy of Sciences. 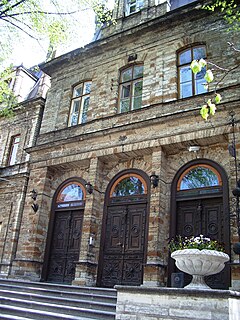 Ungern-Sternberg palace on Toompea, nowadays the main building of Estonian Academy of Sciences. 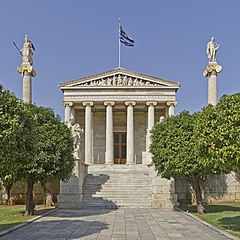 The main building of the Academy of Athens, located in central Athens, Greece.

An academy of sciences is a type of learned society or academy (as special scientific institution) dedicated to sciences that may or may not be state funded. Some state funded academies are tuned into national or royal (in case of the United Kingdom i.e. Royal Society of London for Improving Natural Knowledge) as a form of honor.

The other type of academies are Academy of Arts or combination of both (e.g., American Academy of Arts and Sciences). Academy of Letters is another related expression, encompassing literature. In non-English-speaking countries, the range of academic fields of the members of a national Academy of Science often includes scholarly disciplines which would not normally be classed as " science" in English. Many languages use a broad term for systematized learning which includes both natural sciences and social sciences and fields such as literary studies, linguistics, history, or art history. (Often these terms are calques from Latin scientia (the etymological source of English science) and, accordingly, derivatives of the verb 'know', such as German Wissenschaft, Swedish vetenskap, Hungarian tudomány, Estonian teadus or Finnish tiede.) Accordingly, for example the Austrian Academy of Sciences (Österreichische Akademie der Wissenschaften), the Hungarian Academy of Sciences (Magyar Tudományos Akadémia), or the Estonian Academy of Sciences (Eesti Teaduste Akadeemia) also cover the areas of social sciences and humanities.

Academies of science play an important role in science diplomacy efforts. [1] Academies are increasingly organized in regional or even international associations. The Interacademy Partnership for example is a global network consisting of over 140 national, regional and global member academies of science, engineering and medicine. [2] Additionally, there are many regional associations such as ALLEA in Europe, NASAC as the Network of African Science Academies, IANAS in Latin America, and AASSA in Asia.