2010s in science and technology Information

This article is a summary of the 2010s in science and technology.

Big data and " Big Tech" saw an expansion in size and power in the 2010s, particularly FAANG corporations. The growing influence of "Big Tech" over cyberspace drew scrutiny and increased oversight from national governments. The G20 countries began closing tax loopholes [1] and the European Union began asserting legal guidelines over domains such as data privacy, copyright, and hate speech, the latter of which helped fuel a debate over tech censorship and free speech online, particularly deplatforming. Throughout the decade, the United States government increasingly scrutinized the tech industry, from attempted copyright regulations to threatening antitrust probes. [2] [3] Increased protectionism and attempts to regulate and localize the internet by national governments also raised fears of cyber-balkanization in the later half of the decade. [4] [5] [6] 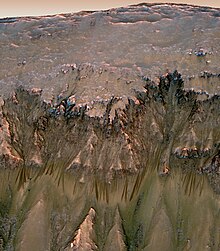 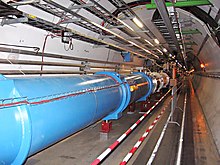 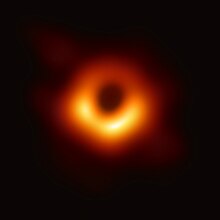 The first-ever image of a supermassive black hole, located in the Messier 87 galaxy, was revealed on 10 April 2019.

Spaceflight became increasingly privatized, including crewed spaceflight. SpaceX captures a significant share of the commercial launch market with Falcon 9. [56] [57] Falcon 9 became the first rocket to land its booster propulsively for reuse, in 2019 most flights reused boosters. Several other companies started working on partially reusable rockets while SpaceX started development of a fully reusable rocket, Starship. Towards the end of the decade around 100 companies were developing rockets for the small satellite market, [58] some have made test flights and Rocketlab's Electron made multiple commercial flights. [59] The Space Shuttle was retired in 2011. SpaceX and Boeing developed commercial crewed spacecraft for orbital flights ( SpaceX Dragon 2, Starliner), Dragon 2 made its first crewed flights in 2020. Blue Origin develops the crewed New Shepard for suborbital flights. Virgin Galactic develops a spacecraft for suborbital flights and performs first crewed flights. NASA Dawn probe was the first spacecraft to orbit two extraterrestrial bodies, [60] the first spacecraft to visit either Vesta or Ceres, and the first to orbit a dwarf planet, [61] arriving at Ceres in March 2015, a few months before New Horizons flew by Pluto in July 2015.

Other notable developments in astronomy and spaceflight over the decade included: