The Yugoslav Navy ( Serbo-Croatian: Jugoslavenska Ratna Mornarica, Југословенска Pатна Mорнарица, lit. 'Yugoslav War Navy'), was the navy of Yugoslavia from 1945 to 1992. It was essentially a coastal defense force with the mission of preventing enemy landings along Yugoslavia's rugged 4,000-kilometer shoreline or coastal islands, and contesting an enemy blockade or control of the strategic Strait of Otranto. [1]

In 1990 it had 10,000 sailors (including 4,400 conscripts), including 2,300 in 25 coastal artillery batteries and 900 marines in one light naval infantry brigade. [1] Following the breakup of Yugoslavia, the navy's equipment and watercraft were claimed by emergent Croatian Navy, Montenegrin Navy, Serbian River Flotilla, and Slovenian Navy.

Former Yugoslav Navy submarines Heroj (P-821) and Una (P-912) in the Museum of Maritime Affairs in the port of Porto Montenegro, Tivat.

The Partisans had operated many small boats in raids harassing Italian convoys in the Adriatic Sea during World War II. [1] After the war, the navy operated numerous German and Italian submarines, destroyers, minesweepers, and tank-landing craft captured during the war or received as war reparations. [1] The United States provided eight torpedo boats in the late 1940s, but most of those units were soon obsolete. [1] Two ex- Royal Navy W-class destroyers were bought in 1956. [2]

The navy was upgraded in the 1960s when it acquired ten Osa-I class missile boats and four Shershen-class torpedo boats from the Soviet Union. [1] The Soviets granted a license to build eleven additional Shershen units in Yugoslav shipyards developed for this purpose. [1]

In 1980 and 1982, the navy took delivery of two Soviet Koni-class frigates. [1] In 1988 it completed two additional units under license. [1] The Koni frigates were armed with four Soviet SS-N-2B surface-to-surface missile launchers, twin SA-N-4 surface-to-air missiles, and antisubmarine rocket launchers. [1] The Yugoslav navy developed its own submarine-building capability during the 1960s. [1] In 1990 the main combat units of the submarine service were three Heroj class patrol submarines armed with 533 mm torpedoes. [1] Two smaller Sava class units entered service in the late 1970s. [1] Two Sutjeska class submarines had been relegated mainly to training missions by 1990. [1] At that time the navy had apparently shifted to construction of versatile midget submarines. [1] Four Una-class midget submarines and four Mala-class swimmer delivery vehicles were in service in the late 1980s. [1] They were built for use by underwater demolition teams and special forces. The Una-class boats carried five crewmen, eight combat swimmers, four Mala vehicles, and limpet mines. [1] The Mala vehicles in turn carried two swimmers and 250 kilograms of mines. [1]

The navy's mine warfare and countermeasures capabilities were considered adequate in 1990. [1] It operated four Vukov Klanac class coastal minehunters built on a French design, four British Ham-class inshore minesweepers, and six 117-class inshore minesweepers built in domestic shipyards. [1] Larger numbers of older and less capable minesweepers were mainly used in riverine operations. [1] Other older units were used as dedicated minelayers. [1] The navy used amphibious landing craft in support of army operations in the area of the Danube, Sava, and Drava rivers. [1] They included both tank and assault landing craft. [1] In 1990 there were four 501-class, ten 211-class, and twenty-five 601-class landing craft in service. [1] Most of them were also capable of laying mines in rivers and coastal areas. [1]

The coastal artillery batteries had both surface-to-surface missiles and guns. [1] They operated the Soviet-designed SS-C-3 and a truck-mounted, Yugoslav-produced Brom antiship missile. [1] The latter was essentially a Yugoslav variant of the Soviet SS-N-2. [1] Coastal guns included over 400 88 mm, 122 mm, 130 mm, and 152 mm artillery pieces obtained from the Soviet Union, the United States, postwar Germany, and Yugoslav manufacturers. [1]

Minor surface combatants operated by the navy included nearly 80 frigates, corvettes, submarines, minesweepers, and missile, torpedo, and patrol boats in the Adriatic Fleet. [1] The entire coast of Yugoslavia was part of the naval region headquartered at Split. [1] The naval region was divided into three smaller naval districts and the Danube Flotilla with major bases located at Split, Šibenik, Pula, Ploče, and Kotor on the Adriatic and Novi Sad on the Danube. [1] The fleet was organized into missile, torpedo, and patrol boat brigades, a submarine division, and minesweeper flotillas. [1] The naval order of battle included four frigates, three corvettes, five patrol submarines, 58 missile, torpedo, and patrol boats, and 28 minesweepers. [1] Navy had a support of one antisubmarine warfare helicopter squadron based at Divulje on the Adriatic for coastal operations. [1] It employed Soviet Ka-25, Ka-28 and Mi-14 helicopters, and domestic Partisan helicopters. [1] Some air force fighter and reconnaissance squadrons supported naval operations. [1]

After the collapse of the State Union of Serbia and Montenegro (the final dissolution of Yugoslavia) the 108-th missile brigade for coastal defense, the 88-th fleet of submarines, the hydrographic Institute of the navy in Lepetane and the naval testing center were disbanded in 2007. [3] Seven missile systems Frontier-E from the 108-th missile brigade and five missile boats class Osa were sold to Egypt, property of the naval testing center were transferred in the technical testing center of the Serbian army, naval base in Tivat Arsenal was sold to Canadian businessman Peter Munk for 3.2 million euro. [3]

The 12th Naval Infantry Brigade (Mornarička Pešadijska Brigada) were the marines of the Yugoslav Navy until 4 February 2003 when it became part the Navy of the State Union of Serbia and Montenegro. The 12th Naval Infantry Brigade was headquartered in the 8th Naval Sector at Split but was later moved near Kotor, a coastal town in Montenegro. A small detachment was located at Novi Sad on the Danube. The brigade consisted of 900 to 2000 men in two or three battalions. As a multi-ethnic unit, the brigade was broken up during the Breakup of Yugoslavia, and it saw little action. The largest remnant eventually moved to Montenegro. There is a naval special forces detachment (Pomorski odred - Specijalne snage) In the Montenegrin Navy [4] — perhaps this is composed of residual members of the 12th Naval Infantry Brigade.

Main article: List of ships of the Yugoslav Navy 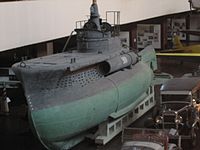 Mališan on display at Zagreb