THE ECONOMIC WRITINGS OF SIR W ...

This edition of the economic texts of William Petty, the scientist, who is often been called the founder of political economy, [1] is used as a reference work ever since its publication. [2] 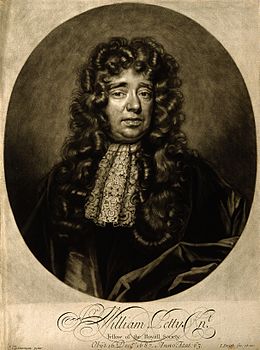 Vol. 2 of The Economic Writings of Sir William Petty contains:

The book opens with an 'Introduction' by the editor, Charles Henry Hull, which gives biographic information on Petty and Graunt, and an extensive recapitulation of the debate concerning the authorship of the "Observations upon the Bills of Mortality".

The biography of Petty (p. xiii- xxxiii) is among many other sources, based on some early publications, like the Athenae Oxoniensis by Anthony Wood (published 1691), Petty's will, first published in the Tracts relating chiefly to Ireland (first published 1769), [13] the Brief Lives of John Aubrey, [14] on Petty's History of the Down Survey (published 1851 by Thomas Aiskew Larcom for the Irish Archaeological Society) and on the Life of Sir William Petty 1623 - 1687 by Lord Edmond Fitzmaurice (published 1895).

The second section of the 'Introduction' (p. xxxiv-xxxviii) gives a short biography of John Graunt, the author of the Observations upon the Bills of Mortality (first published 1662).

Hull spends quite some space [15] on a detailed investigation of "the authorship of the Observations upon the Bills of Mortality". There are certain grounds for assigning the authorship of the Observations to William Petty. Some contemporaries of Petty have given rise to the idea that Petty was the author, like John Evelyn, John Aubrey, Edmund Halley and Bishop Gilbert Burnet. But there are also a number of contemporary testimonies in favour of Graunt. In the first place by Petty himself, in two letters to Sir Robert Southwell, but also by Sir Peter Pett. The final conclusion of Hull is that Graunt was definitely the author of the Observations. [16]

After a short section on Petty's letters and other manuscripts, the 'Introduction' gives an overview of the whole body of economic writings of Petty.

The 'Introduction' finishes with two sections on Graunt and the (London) Bills of Mortality.

Most of the separate texts in the Economic Writings also have an introduction by Hull.

About the economic writings of Petty

A year after the publication of The Economic Writings, in 1900, in an article in The Quarterly Journal of Economics entitled ' Petty's Place in the History of Economic Theory', [17] Hull proposed a division of the economic writings of Petty in three 'chronological' groups:

and finally the "pamphlet":

Soon after the publication of The Economic Writings a couple of reviews were written. James Laurence Laughlin published a short review in the Journal of Political Economy in 1899, in which he wrote that Hull's edition of Petty's writings "is done with an erudition, accuracy, intelligence, and thoroughness which leave nothing to be desired." [21]