From Wikipedia
(Redirected from The 500 Greatest Albums of All Time)
https://en.wikipedia.org/wiki/The_500_Greatest_Albums_of_All_Time
Music ranking by magazine

"The 500 Greatest Albums of All Time" is a recurring opinion survey and music ranking of the finest albums in history, compiled by the American magazine Rolling Stone. It is based on weighted votes from selected musicians, critics, and industry figures. The first list was published in a special issue of the magazine in 2003 and a related book in 2005. [1]

Critics have accused the lists of lending disproportionate weight to artists of particular races and genders. In the original list, most of the selections were albums by white male rock musicians, with the top position held by the Beatles' Sgt. Pepper's Lonely Hearts Club Band (1967). In 2012, Rolling Stone published a revised edition, drawing on the original and a later survey of albums released up until the early 2000s. [2]

Another updated edition of the list was published in 2020, with 154 new entries not in either of the two previous editions. It was based on a new survey and does not factor in the surveys that were conducted for the previous lists. This time, the list featured more black and female artists, topped by Marvin Gaye's What's Going On (1971). [2] It received similar criticisms as the prior lists. [3] The Beatles (pictured in 1964) had nine albums on the list

The first version of the list, published as a magazine in November 2003, was based on the votes of 273 rock musicians, critics, and industry figures, each of whom submitted a ranked list of 50 albums. The accounting firm Ernst & Young devised a point system to weigh votes for 1,600 submitted titles. [4] The Beatles' 1967 album Sgt. Pepper's Lonely Hearts Club Band topped the list, with Rolling Stone's editors describing it as "the most important rock 'n' roll album ever made". [5] The Beach Boys' Pet Sounds (1966) was ranked second in recognition of its influence on Sgt. Pepper. [6] The list also included compilations and "greatest hits" collections. [4]

An amended list was released as a book in 2005, with an introduction by guitarist Steven Van Zandt. Some compilation albums were removed, and Robert Johnson's The Complete Recordings was substituted for both of his King of the Delta Blues Singers volumes, making room for a total of eight new entries on the list.[ full citation needed] [nb 1]

On May 31, 2012, Rolling Stone published a revised list, drawing on the original and a later survey of albums up until the early 2000s. [7] It was made available in "bookazine" format on newsstands in the US from April 27 to July 25. The new list contained 38 albums not present in the previous one, 16 of them released after 2003. The top listings remained unchanged.[ citation needed] 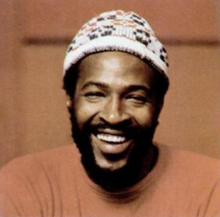 Most of the albums on the initial lists were by white male rock musicians. Among the top 50 rankings, only 12 entries were by artists of non-white ethnicity, none of whom were female, and only three albums by white women figured in the top 50. [2]

On September 22, 2020, another revision of the list was published. It drew upon a new survey conducted with "more than 300 artists, producers, critics, and music-industry figures", including: [8]

Each voter was asked to submit a ranked list of 50 favorite albums. [9] This time, the list favored black and female musicians, with many such artists represented at higher rankings than on the previous lists. [2] 86 of the entries were 21st-century releases. 154 new entries were not on either of the two previous editions, and rap albums figured three times as much. [10] Marvin Gaye's What's Going On (1971) was featured at the number one spot. [8]

The original Rolling Stone 500 was criticized for being male-dominated, outmoded and almost entirely Anglo-American in focus. [11] [12] Writing in USA Today newspaper, Edna Gundersen described the list as predictable and "weighted toward testosterone-fueled vintage rock". [4] Following the publicity surrounding the list, rock critic Jim DeRogatis, a former Rolling Stone editor, published Kill Your Idols: A New Generation of Rock Writers Reconsiders the Classics in 2004. The book featured a number of critics arguing against the high evaluation of various "great" albums, many of which had been included in the list. [13]

Jonny Sharp, a contributor to NME's own 500 greatest albums list, described the 2012 Rolling Stone list as a "soulless, canon-centric [list] of the same tired old titles," noting: "looking at their 500, when the only album in their top 10 less than 40 years old is London Calling, I think I prefer the NME's less critically-correct approach." [14]

Responding to the 2020 revision, Consequence of Sound's Alex Young wrote that the lesser representation of white male rock musicians was "the biggest takeaway". [2] According to CNN's Leah Asmelash, "The change represents a massive shift for the magazine, moving to recognize more contemporary albums and a wider range of tastes." [15]

InsideHook's Bonnie Stiernberg questioned whether the editors had made adjustments to the numbered rankings instead of presenting the true results, citing her own experience of helping to compile such lists. [3] She reported that the list "sparked plenty of debate, angering rockist Boomers and causing cynics to question whether certain albums made the cut because they’re really that great or because they happen to be made by someone who isn’t a white man". [3]

Number of albums from each decade

Artists with the most albums (2020 edition)