SCIENCE AND TECHNOLOGY IN SWIT ...

Science and technology in Switzerland

From Wikipedia
https://en.wikipedia.org/wiki/Science_and_technology_in_Switzerland
Overview of science and technology in Switzerland 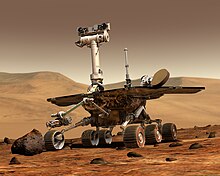 The Learning Center of the École Polytechnique Fédérale de Lausanne (EPFL). A famous building of the Lausanne campus.

The Swiss solar aircraft Solar Impulse 2 achieved the longest non-stop solo flight in history and was the first to perform a solar-powered aerial circumnavigation of the globe between 2015 and 2016.

Science and technology in Switzerland play an important role in the Swiss economy as very few natural resources are available in the country. The Swiss National Science Foundation, mandated by the Federal government, is the most important institute promoting scientific research.

The raw output of scientific research from Switzerland consistently ranks within the top 20. [2]

The first university, the University of Basel, was founded in 1460 and today the country has twelve universities. 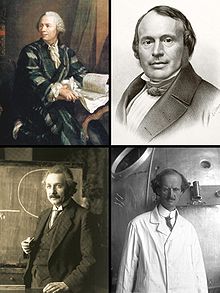 With 57% of its researchers coming from other countries, Switzerland is the country with the world highest proportion of foreign researchers. [4] [5] 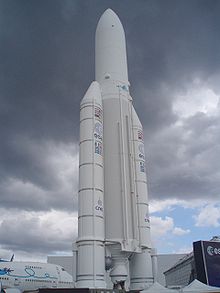 Oerlikon Space supplies the payload fairings for the Ariane 5 launcher.

Switzerland Space Agency, the Swiss Space Office, has been involved in various space technologies and programs. In addition it was one of the 10 founders of the European Space Agency in 1975 and is the seventh largest contributor to the ESA budget. In the private sector, several companies are implicated in the space industry such as RUAG Space (payload fairings) or Maxon Motors (mars rovers).

Claude Nicollier is a Swiss Astronaut and flew several missions with the United States space program.

In the field of astronomy, Michel Mayor discovered in 1995, 51 Pegasi B, the first extrasolar planet orbiting a sun-like star. [6]

Leonhard Euler is considered to be the preeminent mathematician of the 18th century and one of the greatest of all time. A statement attributed to Pierre-Simon Laplace expresses Euler's influence on mathematics: "Read Euler, read Euler, he is the master of us all." [7] Euler made important discoveries in fields as diverse as calculus and graph theory. He also introduced much of the modern mathematical terminology and notation, particularly for mathematical analysis, such as the notion of a mathematical function.

Albert Einstein (naturalized in 1901) [8] was probably one of the greatest physicists of all time. He is known for his theory of relativity and specifically mass–energy equivalence, expressed by the equation E = mc2 and also contributed in many other areas ( cosmology, solid state physics). Einstein was named " Person of the Century" by Time.

More recently, in 1987, Karl Alexander Müller received the Nobel prize for his work on High-temperature superconductivity.

Furthermore, the CERN (European Organization for Nuclear Research) is located in Switzerland near Geneva.

Carl Jung (1875-1961) was a Swiss psychiatrist and the founder of Analytical Psychology. Jung is considered the first modern psychiatrist to view the human psyche as "by nature religious" and make it the focus of exploration.