SCIENCE AND TECHNOLOGY IN ITAL ...

Science and technology in Italy

From Wikipedia
https://en.wikipedia.org/wiki/Science_and_technology_in_Italy
Overview of science and technology in Italy 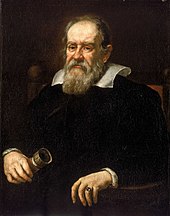 Galileo Galilei, the father of modern science, physics and astronomy [1] 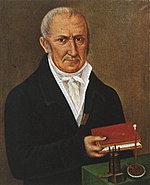 Count Alessandro Volta, inventor of the electric battery and discoverer of methane 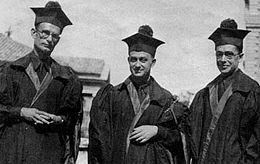 Enrico Fermi, Emilio Segrè and Franco Rasetti, major figures on the creation of the nuclear weapon 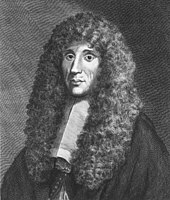 Francesco Redi, the founder of experimental biology, is referred to as the father of modern parasitology [2] [3]

Science and technology in Italy has a long presence, from the Roman era and the Renaissance. Through the centuries, Italy has advanced the scientific community which produced many significant inventions and discoveries in biology, physics, chemistry, mathematics, astronomy and the other sciences.

By the first century AD, Rome had become the biggest and most advanced city in the world. The ancient Romans came up with new technologies to improve the city's sanitation systems, roads, and buildings. They developed a system of aqueducts that piped freshwater into the city, and they built sewers that removed the city's waste. The wealthiest Romans lived in large houses with gardens. Most of the population, however, lived in apartment buildings made of stone, concrete, or limestone. The Romans developed new techniques and used materials such as volcanic soil from Pozzuoli, a village near Naples, to make their cement harder and stronger. This concrete allowed them to build large apartment buildings called insulae.

Italy had a scientific "golden age" during the Renaissance. Leonardo da Vinci, was trained to be a painter, but his interests and achievements spread into an astonishing variety of fields that are now considered scientific specialties. He conceived of ideas vastly ahead of his time. Notably, he invented concepts for the helicopter, an armed fighting vehicle, the use of concentrated solar power, the calculator, a rudimentary theory of plate tectonics, the double hull, and many others, using inspiration from Chinese ideas. [4] In addition, he greatly advanced the fields of knowledge in anatomy, astronomy, civil engineering, optics, and hydrodynamics.

The scientist Galileo Galilei is called the first modern scientist. [5] His work constitutes a significant break from that of Aristotle and medieval philosophers and scientists (who were then referred to as "natural philosophers"). Galileo’s achievements include improvements to the telescope, various astronomical observations, and initial formulation of the first and second laws of motion. Galileo was suppressed by the Catholic Church, but was a founder of modern science. [6]

The astronomer Giovanni Domenico Cassini, who made many important discoveries about the Solar System; the physicist Alessandro Volta, who invented the electric battery, thus providing for the first time a sustained source of current electricity; the mathematicians Giuseppe Peano, Lagrange, Fibonacci, and Gerolamo Cardano, whose Ars Magna is generally recognized as the first modern treatment on mathematics, made fundamental advances to the field; Marcello Malpighi, a doctor and founder of microscopic anatomy; the biologist Lazzaro Spallanzani, who conducted important research in bodily functions, animal reproduction, and cellular theory; the physician, pathologist, scientist, and Nobel laureate Camillo Golgi, whose many achievements include the discovery of the Golgi apparatus, and his role in paving the way to the acceptance of the Neuron doctrine; Giulio Natta, Nobel prize for the polymerization of plastics. The first internal combustion engine was invented by Eugenio Barsanti and Felice Matteucci. It was fueled by a mix of air and hydrogen. The first gasoline internal combustion engine motor vehicle was invented by Enrico Bernardi in 1884. The first pc (personal computer), the Olivetti P6040 and the P6060 was invented by Olivetti engineer Pier Giorgio Perotto in 1975.

Guglielmo Marconi received the Nobel Prize in Physics in recognition of his work to the development of wireless telegraphy. [7]

Other notable figures includes the physicist Enrico Fermi who discovered Fermi–Dirac statistics, described beta decay, established the properties of slow neutrons, and constructed the first atomic pile. Fermi played a major role in the building of the first atomic bomb. [8] One of his assistants Bruno Pontecorvo was also a Soviet agent who defected to the Soviet Union in 1950, where he continued his research. [9]