SCIENCE AND TECHNOLOGY IN GERM ...

Science and technology in Germany

From Wikipedia
https://en.wikipedia.org/wiki/Science_and_technology_in_Germany
Overview of Germany's handling with science and technology

Science and technology in Germany have been very significant and research and development efforts form an integral part of the country's economy. Germany has been the home of some of the most prominent researchers in various scientific disciplines, notably physics, mathematics, chemistry and engineering. [1] Before World War II, Germany had generated more Nobel laureates in scientific fields than any other nation, and was the preeminent country in the natural sciences. [2] [3]

The German language was an important language of science from the late 19th century through the end of World War II. After the war, because so many scientific researchers and teachers' careers had been ended either by Nazi Germany or the denazification process, "Germany, German science, and German as the language of science had all lost their leading position in the scientific community." [4]

Today, scientific research in the country is supported by industry, by the network of German universities and by scientific state-institutions such as the Max Planck Society and the Deutsche Forschungsgemeinschaft. The raw output of scientific research from Germany consistently ranks among the world's best. [5] Germany was declared the most innovative country in the world in the 2020 Bloomberg Innovation Index and was ranked 9th in the WIPO Global Innovation Index in 2019 and 2020. [6] [7] [8] [9] [10]

The Gottfried Wilhelm Leibniz Prize is granted to ten scientists and academics every year. With a maximum of €2.5 million per award it is one of highest endowed research prizes in the world. [11] 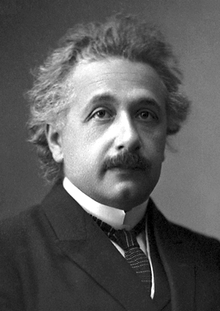 The work of Albert Einstein and Max Planck was crucial to the foundation of modern physics, which Werner Heisenberg and Erwin Schrödinger developed further. [12] They were preceded by such key physicists as Hermann von Helmholtz, Joseph von Fraunhofer, and Gabriel Daniel Fahrenheit, among others. Wilhelm Conrad Röntgen discovered X-rays, an accomplishment that made him the first winner of the Nobel Prize in Physics in 1901 [13] and eventually earned him an element name, roentgenium. Heinrich Rudolf Hertz's work in the domain of electromagnetic radiation were pivotal to the development of modern telecommunication. [14] Mathematical aerodynamics was developed in Germany, especially by Ludwig Prandtl.

Paul Forman in 1971 argued the remarkable scientific achievements in quantum physics were the cross-product of the hostile intellectual atmosphere whereby many scientists rejected Weimar Germany and Jewish scientists, revolts against causality, determinism and materialism, and the creation of the revolutionary new theory of quantum mechanics. The scientists adjusted to the intellectual environment by dropping Newtonian causality from quantum mechanics, thereby opening up an entirely new and highly successful approach to physics. The "Forman Thesis" has generated an intense debate among historians of science. [15] [16] 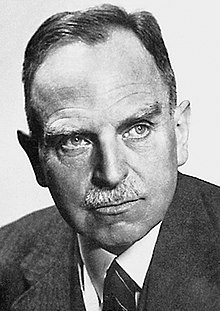 At the start of the 20th century, Germany garnered fourteen of the first thirty-one Nobel Prizes in Chemistry, starting with Hermann Emil Fischer in 1902 and until Carl Bosch and Friedrich Bergius in 1931. [13]

Otto Hahn is considered a pioneer of radioactivity and radiochemistry with the discovery of nuclear fission in 1938, the scientific and technological basis of atomic energy.

The bio-chemist Adolf Butenandt independently worked out the molecular structure of the primary male sex hormone of testosterone and was the first to successfully synthesize it from cholesterol in 1935.

Germany has been the home of many famous inventors and engineers, such as Johannes Gutenberg, who is credited with the invention of movable type printing in Europe; Hans Geiger, the creator of the Geiger counter; and Konrad Zuse, who built the first electronic computer. [17] German inventors, engineers and industrialists such as Zeppelin, Siemens, Daimler, Diesel, Otto, Wankel, Von Braun and Benz helped shape modern automotive and air transportation technology including the beginnings of space travel. [18] [19] The engineer Otto Lilienthal laid some of the fundamentals for the science of aviation. [20]

Emil Behring, Ferdinand Cohn, Paul Ehrlich, Robert Koch, Friedrich Loeffler and Rudolph Virchow, six key figures in microbiology, were from Germany. Alexander von Humboldt's (1769–1859) work as a natural scientist and explorer was foundational to biogeography. [21] Wladimir Köppen (1846–1940) was an eclectic Russian-born botanist and climatologist who synthesized global relationships between climate, vegetation and soil types into a classification system that is used, with some modifications, to this day. [22] Alfred Wegener (1880–1930), a similarly interdisciplinary scientist, was one of the first people to hypothesize the theory of continental drift which was later developed into the overarching geological theory of plate tectonics.

Wilhelm Wundt is credited with the establishment of psychology as an independent empirical science through his construction of the first laboratory at the University of Leipzig in 1879. [23]

In the beginning of the 20th century, the Kaiser Wilhelm Institute founded by Oskar and Cécile Vogt was among the world's leading institutions in the field of brain research. [24] They collaborated with Korbinian Brodmann to map areas of the cerebral cortex.

After the National Socialistic laws banning Jewish doctors in 1933, the fields of neurology and psychiatry faced a decline of 65% of its professors and teachers. The research shifted to a 'nazi neurology', with subjects such as eugenics or euthanasia. [24]

Besides natural sciences, German researchers have added much to the development of humanities. Contemporary examples are the philosopher Jürgen Habermas, the egyptologist Jan Assmann, the sociologist Niklas Luhmann, the historian Reinhart Koselleck and the legal historian Michael Stolleis. In order to promote the international visibility of research in these fields a new prize, Geisteswissenschaften International, was established in 2008. It serves the translation of studies in humanities into English. [2]