From Wikipedia
https://en.wikipedia.org/wiki/Robert_Wilkinson_(cartographer)
For other people with the same name, see Robert Wilkinson (disambiguation). 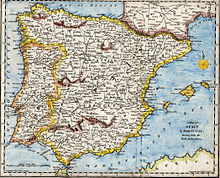 Most of Wilkinson's maps were derived from English map publisher John Bowles. Following Bowles' death in 1779, Wilkinson acquired the Bowles map plate library. After acquiring the map plate library, Wilkinson updated the plates until 1794 when he released The General Atlas of the World (1794, 1802, 1809). This atlas was reissued several times until Wilkinson's death in 1825. [1]

Wilkinson's other works include Bowen and Kitchin's Large English Atlas (1785), Speer's West Indies (1796), Atlas Classica (1797), and independently issued maps of New Holland (1820) and North America (1823). [1]. He also published, initially together with William Herbert, groups of plates depicting historic scenes and buildings in London and the area surrounding it, under the title Scarce Topographical Prints No. II. ... of Londina Illustrata in 1808. These were issued serially until 1819, when they were published in a first volume, and in a second volume in 1825, under the title Londina Illustrata. [2]..

After his death, Wilkinson's business and map plates were acquired by William Darton Jr, who reissued the General Atlas. [1]