From Wikipedia
https://en.wikipedia.org/wiki/Portal:Poland
Wikipedia portal for content related to Poland 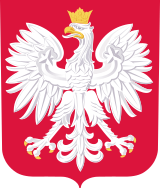 Poland is a country in Central Europe, bordered by Germany to the west; the Czech Republic and Slovakia to the south; Ukraine, Belarus and Lithuania to the east; and the Baltic Sea and Russia's Kaliningrad Oblast to the north. It is an ancient nation whose history as a state began near the middle of the 10th century. Its golden age occurred in the 16th century when it united with the Grand Duchy of Lithuania to form the Polish–Lithuanian Commonwealth. During the following century, the strengthening of the gentry and internal disorders weakened the nation. In a series of agreements in the late 18th century, Russia, Prussia and Austria partitioned Poland amongst themselves. It regained independence as the Second Polish Republic in the aftermath of World War I only to lose it again when it was occupied by Nazi Germany and the Soviet Union in World War II. The nation lost over six million citizens in the war, following which it emerged as the communist Polish People's Republic under strong Soviet influence within the Eastern Bloc. A westward border shift followed by forced population transfers after the war turned a once multiethnic country into a mostly homogeneous nation state. Labor turmoil in 1980 led to the formation of the independent trade union called Solidarity (Solidarność) that over time became a political force which by 1990 had swept parliamentary elections and the presidency. A shock therapy program during the early 1990s enabled the country to transform its economy into one of the most robust in Central Europe. With its transformation to a democratic, market-oriented country completed, Poland joined NATO in 1999 and the European Union in 2004.

From Polish history – show another

A gathering of Holocaust survivors and their Polish rescuers in Łódź, Poland
Polish citizens have the world's highest count of individuals awarded medals of " Righteous among the Nations", given by the State of Israel to Gentiles who saved Jews from extermination during the Holocaust. There are 7,112 (as of 1 January 2020 [update]) Polish men and women recognized as "Righteous", amounting to over 25 per cent of the total number of 27,712 honorary titles awarded already. It is estimated that in fact hundreds of thousands of Poles concealed and aided hundreds of thousands of their Polish-Jewish neighbors. Many of these initiatives were carried out by individuals, but there also existed organized networks dedicated to aiding Jews—most notably, the Żegota organization. In German-occupied Poland the task of rescuing Jews was especially difficult and dangerous. All household members were punished by death if a Jew was found concealed in their home or on their property. Estimates of the number of Poles who were killed by the Nazis for aiding Jews, among them 704 posthumously honored with medals, go as high as tens of thousands. Notable individuals among the Polish Righteous include Władysław Bartoszewski, Tadeusz Pankiewicz, Irena Sendlerowa and Maria Kotarba. ( Full article...)
More selected articles
edit

A five- złoty banknote, issued by the Polish–Lithuanian Commonwealth on 8 June 1794 under the authority of Tadeusz Kościuszko. This issue, which also included denominations of 10, 25, 50, 100, 500, and 1,000 złotych, marked the currency's first use of banknotes; złoty coins had been in use since the fifteenth century. See other denominations.

More did you know...
edit

Henryk Sienkiewicz
Henryk Sienkiewicz (1846–1916) was a Polish journalist, novelist and philanthropist, best remembered for his historical novels. Born into an impoverished Polish noble family in Russian-ruled Congress Poland, he began publishing journalistic and literary pieces in the late 1860s. In the late 1870s he explored the United States, sending back travel essays that won him popularity with Polish readers. He began serializing novels in the 1880s and soon became one of the most popular Polish writers of the turn of the century. Numerous translations gained him international renown, culminating in his receipt of the 1905 Nobel Prize in Literature for his "outstanding merits as an epic writer." In Poland he is best known for his Trilogy of historical novels — With Fire and Sword, The Deluge and Sir Michael — set in the 17th-century Polish–Lithuanian Commonwealth, while he is mostly remembered abroad for Quo Vadis, a novel set in Nero's Rome. Several of his works have been filmed, some more than once, with the 1951 Hollywood adaptation of Quo Vadis receiving most international recognition. ( Full article...)
More selected biographies
edit

A wisent in the Białowieża Forest
The Białowieża Forest, an ancient woodland straddling the Polish-Belarusian border, is one of the last and largest remaining parts of the immense primeval forest which once spread across the European Plain. It is home to the wisent (pictured), elk, wild boars, konik horses, and other animals. Its name, Puszcza Białowieska in Polish and Belavezhskaya Pushcha in Belarusian, comes from the village of Białowieża located in the forest. Historically it belonged to Polish kings and, later, Russian emperors who used it as royal hunting grounds or food reserve for the army. It has been protected since 1538 when King Sigismund I instituted death penalty for poaching the wisent. Today parts of the forest on both sides of the border are protected as national parks, a UNESCO World Heritage Site and a Biosphere Reserve. ( Full article...)
More selected locations
edit

Holidays and observances in June 2021
(statutory public holidays in bold)

Wikipedias in the languages of Poland