From Wikipedia
https://en.wikipedia.org/wiki/Portal:Latin_music
Wikipedia portal for content related to Latin music
The Latin music Portal
This is a subportal of the Music portal

Latin music ( Portuguese and Spanish: música latina) is a term used by the music industry as a catch-all genre for various styles of music from Latin America, Spain, Portugal, and the United States, as well as music sung in Spanish or Portuguese language. ( Full article...)

"No Hay Igual" is a song recorded by Canadian singer Nelly Furtado for her third studio album, Loose (2006). It was written and produced by Furtado, Tim "Timbaland" Mosley, Nate "Danja" Hills and Nisan Stewart, with vocal production by Jim Beanz. While working with Timbaland and Danja at The Hit Factory in Miami, Florida, Pharrell Williams introduced her to reggaeton, a musical genre that was unfamiliar to her. After he played a song for her, Furtado became inspired and wrote the lyrics to "No Hay Igual" "nearly on the spot". It is a hip hop and reggaeton song in which Furtado sings in Spanish and raps in Portuguese over a reggaeton rhythm.

"No Hay Igual" was released as the lead single of Loose on 11 April 2006 by Geffen Records. It received generally positive reviews from music critics with some of them calling the song a highlight on Loose and praising its production. A music video for the remix of "No Hay Igual" with Calle 13 was shot in La Perla, San Juan, Puerto Rico. The video features Furtado and Pérez characters in various situations throughout the slum astride such as eating ice cream and playing pool.

The Grammy Award for Best Latin Jazz Album is an award presented at the Grammy Awards, a ceremony that was established in 1958 and originally called the Gramophone Awards, to recording artists for quality works (songs or albums) in the Latin jazz music genre. Honors in several categories are presented at the ceremony annually by the National Academy of Recording Arts and Sciences of the United States to "honor artistic achievement, technical proficiency and overall excellence in the recording industry, without regard to album sales or chart position".

Originally called the Grammy Award for Best Latin Jazz Performance, the award was first presented to Arturo Sandoval in 1995. The name of the category was changed to Best Latin Jazz Album in 2001, the same year producers, engineers, and/or mixers associated with the winning work became award recipients in addition to the recording artists. According to the category description guide for the 52nd Grammy Awards, the award is presented to "vocal or instrumental albums containing at least 51% playing time of newly recorded material", with the intent to recognize the "blending" of jazz music with Argentinian, Brazilian, Iberian-American, and Latin tango music. 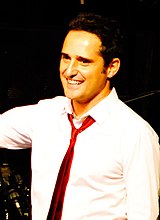 Amar la Trama (Loving the Plot) is the ninth studio album by Uruguayan recording artist Jorge Drexler. It was released by Warner Music on March 16, 2010, after a four-year gap since the release of his last album of original music. Drexler worked as co-producer, along with Matías Cella and Carles Campi Campón. The themes of the songs are his personal feelings inspired by journeys to Uruguay and Spain, his global wanderings, and the universal wonder of everyday moments.

The album received mostly positive reviews; critics commended Drexler's lyrics and his ability to perform live in front of a small audience during the recording sessions. The album entered the top five in Spain. The first single, " Una Canción Me Trajo Hasta Aquí", also received praise. La Trama Circular, a DVD documentary about the recording sessions, is included on the standard edition of the album. On September 8, 2010, Amar la Trama received four nominations for the 11th Latin Grammy Awards.