From Wikipedia
https://en.wikipedia.org/wiki/Portal:Geophysics
Wikipedia portal for content related to Geophysics 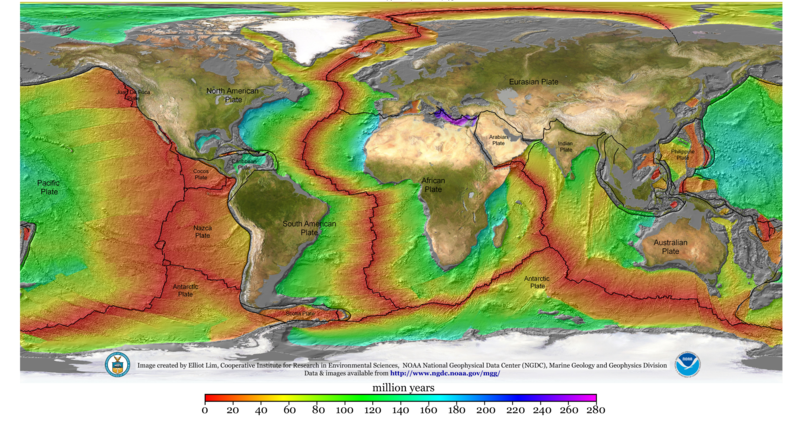 Geophysics ( /ˌdʒiːoʊˈfɪzɪks/) is a subject of natural science concerned with the physical processes and physical properties of the Earth and its surrounding space environment, and the use of quantitative methods for their analysis. The term geophysics sometimes refers only to solid earth applications: Earth's shape; its gravitational and magnetic fields; its internal structure and composition; its dynamics and their surface expression in plate tectonics, the generation of magmas, volcanism and rock formation. However, modern geophysics organizations and pure scientists use a broader definition that includes the water cycle including snow and ice; fluid dynamics of the oceans and the atmosphere; electricity and magnetism in the ionosphere and magnetosphere and solar-terrestrial physics; and analogous problems associated with the Moon and other planets.

Although geophysics was only recognized as a separate discipline in the 19th century, its origins date back to ancient times. The first magnetic compasses were made from lodestones, while more modern magnetic compasses played an important role in the history of navigation. The first seismic instrument was built in 132 AD. Isaac Newton applied his theory of mechanics to the tides and the precession of the equinox; and instruments were developed to measure the Earth's shape, density and gravity field, as well as the components of the water cycle. In the 20th century, geophysical methods were developed for remote exploration of the solid Earth and the ocean, and geophysics played an essential role in the development of the theory of plate tectonics. ( Full article...)