Dungeons & Dragons (abbreviated as D&D or DnD) is a fantasy role-playing game (RPG) originally designed by Gary Gygax and Dave Arneson, and first published in 1974 by Tactical Studies Rules, Inc. (TSR). The game is currently published by Wizards of the Coast, a subsidiary of Hasbro. It was derived from miniature wargames with a variation of the Chainmail game serving as the initial rule system. D&D's publication is widely regarded as the beginning of modern role-playing games and, by extension, the entire role-playing game industry.

As of 2006, Dungeons & Dragons remains the best-known and best-selling role-playing game, with an estimated 20 million people having played the game and more than US$1 billion in book and equipment sales. Dungeons & Dragons is known beyond the game for other D&D-branded products (such as the popular video games Neverwinter Nights and Baldur's Gate, as well as an animated TV series), references in popular culture and some of the controversies that have surrounded it, particularly a moral panic in the 1980s falsely linking it to Satanism and suicide.

Ernest Gary Gygax (July 27, 1938 – March 4, 2008) (GY-gaks) was an American writer and game designer, best known for co-creating the pioneering role-playing game Dungeons & Dragons (D&D) with Dave Arneson. Gygax is generally acknowledged as one of the fathers of the tabletop role-playing game.

In the 1960s, Gygax created an organization of wargaming clubs and founded the Gen Con gaming convention. In 1971, he helped develop the Chainmail miniatures wargame, which was based on medieval warfare. He co-founded the company Tactical Studies Rules (TSR, Inc.) with childhood friend Don Kaye in 1973. The following year, he created Dungeons & Dragons with Dave Arneson, expanding on his work on Chainmail and including elements of the fantasy stories he loved as a child. He also founded the magazine The Dragon in the same year, to support the new game. In 1977, Gygax began work on a more comprehensive version of the game, called Advanced Dungeons & Dragons. Gygax designed numerous manuals for the game system, as well as several pre-packaged adventures called "modules" that gave a person running a D&D game (the " Dungeon Master") a rough script and ideas on how to run a particular gaming scenario. In 1983, he worked to license the D&D product line into the successful Dungeons & Dragons cartoon series.

After leaving TSR in 1985 over issues with its new majority owner, Gygax continued to author role-playing game titles independently, beginning with the multi-genre Dangerous Journeys in 1992. He designed another gaming system called Lejendary Adventure, released in 1999. In 2005, Gygax was involved in the Castles & Crusades role-playing game, which was conceived as a hybrid between the game's third edition rules and the classic version of the game created by Gygax.

Gygax was married twice and had six children. In 2004, he suffered two strokes, narrowly avoided a subsequent heart attack, and was then diagnosed with an abdominal aortic aneurysm, from which he died in March 2008.

Ravenloft is an adventure module for the Dungeons & Dragons (D&D) fantasy role-playing game, published by TSR in 1983 for use with the first edition Advanced Dungeons & Dragons game. The module, or pre-packaged adventure booklet, was written by husband–wife duo Tracy and Laura Hickman, with art by Clyde Caldwell and maps by David Sutherland III. The plot of Ravenloft centers around the villain Strahd von Zarovich, a vampire who draws power from the isolated land he rules.

Ravenloft was ranked as the second greatest Dungeons & Dragons adventure of all time on the 30th anniversary of the Dungeons & Dragons game, behind Queen of the Spiders. Ravenloft inspired a sequel, a gamebook adaptation and an entire campaign setting, which in turn had many spin offs, including a module for the Neverwinter Nights role-playing video game. The original Ravenloft adventure itself has been revised and republished several times. 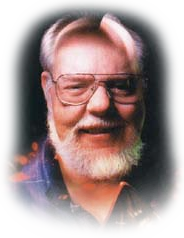 The Dungeons & Dragon WikiProject collaborates on improving all D&D-related articles on Wikipedia. WikiProject Role-Playing Games, its parent project, has a larger scope and covers all role-playing games. The Video games project also has a task force dedicated to Dungeons & Dragons-related video games.