From Wikipedia
https://en.wikipedia.org/wiki/Portal:Comedy
Wikipedia portal for content related to Comedy 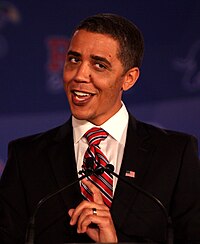 Comedy (from the Greek: κωμῳδία, kōmōdía) is a genre of fiction consisting of discourses or works intended to be humorous or amusing by inducing laughter, especially in theatre, film, stand-up comedy, television, radio, books, or any other entertainment medium. The term originated in Ancient Greece: in Athenian democracy, the public opinion of voters was influenced by political satire performed by comic poets in theaters. The theatrical genre of Greek comedy can be described as a dramatic performance pitting two groups, ages, genders, or societies against each other in an amusing agon or conflict. Northrop Frye depicted these two opposing sides as a "Society of Youth" and a "Society of the Old." A revised view characterizes the essential agon of comedy as a struggle between a relatively powerless youth and the societal conventions posing obstacles to his hopes. In this struggle, the youth then becomes constrained by his lack of social authority, and is left with little choice but to resort to ruses which engender dramatic irony, which provokes laughter.

Satire and political satire use comedy to portray persons or social institutions as ridiculous or corrupt, thus alienating their audience from the object of their humor. Parody subverts popular genres and forms, critiquing those forms without necessarily condemning them.

Other forms of comedy include screwball comedy, which derives its humor largely from bizarre, surprising (and improbable) situations or characters, and black comedy, which is characterized by a form of humor that includes darker aspects of human behavior or human nature. Similarly scatological humor, sexual humor, and race humor create comedy by violating social conventions or taboos in comic ways. A comedy of manners typically takes as its subject a particular part of society (usually upper-class society) and uses humor to parody or satirize the behavior and mannerisms of its members. Romantic comedy is a popular genre that depicts burgeoning romance in humorous terms and focuses on the foibles of those who are falling in love. ( Full article...)

" Abyssinia, Henry" is the 72nd episode of the M*A*S*H television series, and the final episode of the series' third season. First aired on March 18, 1975, and written by Everett Greenbaum and Jim Fritzell, the highly rated episode was most notable for its shocking and unexpected ending. The plot of the episode centers on the honorable discharge and subsequent departure of the 4077th MASH's commander, Lieutenant Colonel Henry Blake (played by McLean Stevenson). The highly controversial ending to the episode, which has since been referenced and parodied many times, prompted an estimated 1,000-plus letters to series producers Gene Reynolds and Larry Gelbart, and drew fire from both CBS and 20th Century Fox. After the production of this episode, both Stevenson and Wayne Rogers, who played the character of Trapper John McIntyre, left the series to pursue other interests. These combined departures and their subsequent replacements signaled the beginning of a major shift in focus of the M*A*S*H series as a whole.
edit 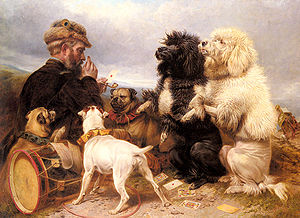 A pun (or paronomasia) is a phrase that deliberately exploits confusion between similar words for rhetorical effect, whether humorous or serious. A pun may also exploit confusion between two senses of the same written or spoken word, due to homophony, homography, homonymy, polysemy, or metaphorical usage. For example, in the phrase, "There is nothing punny about bad puns", the pun takes place in the deliberate confusion of the implied word "funny" by the substitution of the word "punny", a heterophone of "funny". By definition, puns must be deliberate; an involuntary substitution of similar words is called a malapropism.

Kenneth Horne (1907–1969) was an English comedian and businessman. His burgeoning career with the Triplex Safety Glass company was interrupted by wartime service with the Royal Air Force. While serving in a barrage balloon unit and broadcasting as a quizmaster on the BBC radio show Ack-Ack, Beer-Beer, he met the entertainer Richard Murdoch, with whom he wrote and starred in the comedy series Much-Binding-in-the-Marsh (1944–51). After demobilisation Horne returned to his flourishing business career, keeping his broadcasting as a sideline. He later became the chairman and managing director of toy manufacturers Chad Valley. In 1958 Horne suffered a stroke and gave up his business dealings to focus on his entertainment work. He was the anchor figure in Beyond Our Ken (1958–64). When the programme came to an end, he recorded four series of the comedy Round the Horne (1965–68). Before a planned fifth series, Horne died of a heart attack. A 2002 BBC radio survey to find listeners' favourite British comedian placed Horne third, behind Tony Hancock and Spike Milligan.