From Wikipedia
https://en.wikipedia.org/wiki/Portal:Canada
Wikipedia portal for content related to Canada

Flag and Arms of Canada

Canada is a country in North America. Its ten provinces and three territories extend from the Atlantic to the Pacific and northward into the Arctic Ocean, covering 9.98 million square kilometres (3.85 million square miles), making it the world's second-largest country by total area. Its southern and western border with the United States, stretching 8,891 kilometres (5,525 mi), is the world's longest bi-national land border. Canada's capital is Ottawa, and its three largest metropolitan areas are Toronto, Montreal, and Vancouver.

Canada is a parliamentary democracy and a constitutional monarchy in the Westminster tradition. The country's head of government is the prime minister—who holds office by virtue of their ability to command the confidence of the elected House of Commons—and is appointed by the governor general, representing the monarch, who serves as head of state. The country is a Commonwealth realm and is officially bilingual at the federal level. It ranks among the highest in international measurements of government transparency, civil liberties, quality of life, economic freedom, and education. It is one of the world's most ethnically diverse and multicultural nations, the product of large-scale immigration from many other countries. Canada's long relationship with the United States has had a significant impact on its economy and culture. ( Full article...) 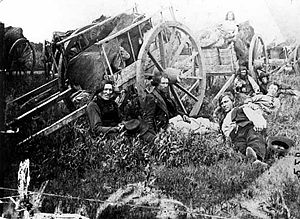 Métis drivers and ox carts at a rest stop

The Red River Trails were a network of ox cart routes connecting the Red River Colony (the "Selkirk Settlement") and Fort Garry in British North America with the head of navigation on the Mississippi River in the United States. These trade routes ran from the location of present-day Winnipeg in the Canadian province of Manitoba across the Canada–United States border, and thence by a variety of routes through what is now the eastern part of North Dakota and western and central Minnesota to Mendota and Saint Paul, Minnesota on the Mississippi. ( Full article...)

Mathew Charles "Matt" Lamb (5 January 1948 – 7 November 1976) was a Canadian spree killer who, in 1967, avoided Canada's then-mandatory death penalty for capital murder by being found not guilty by reason of insanity. Abandoned by his teenage mother soon after his birth in Windsor, Ontario, Lamb suffered an abusive upbringing at the hands of his step-grandfather, leading him to become emotionally detached from his relatives and peers. He developed violent tendencies that manifested themselves in his physical assault of a police officer at the age of 16 in February 1964, and his engaging in a brief shoot-out with law enforcement ten months later. After this latter incident he spent 14 months, starting in April 1965, at Kingston Penitentiary, a maximum security prison in eastern Ontario. ( Full article...)

The Trans-Canada Highway ( French: Route Transcanadienne; abbreviated as the TCH or T-Can) is a transcontinental federal–provincial highway system that travels through all ten provinces of Canada from the Pacific Ocean on the west coast to the Atlantic Ocean on the east coast. The main route spans 7,821 km (4,860 mi) across the country, one of the longest routes of its type in the world. The highway system is recognizable by its distinctive white-on-green maple leaf route markers, although there are small variations in the markers in some provinces. ( Full article...)

Healthcare in Canada is delivered through the provincial and territorial systems of publicly funded health care, informally called Medicare. It is guided by the provisions of the Canada Health Act of 1984, and is universal. The 2002 Royal Commission, known as the Romanow Report, revealed that Canadians consider universal access to publicly funded health services as a "fundamental value that ensures national health care insurance for everyone wherever they live in the country." ( Full article...) 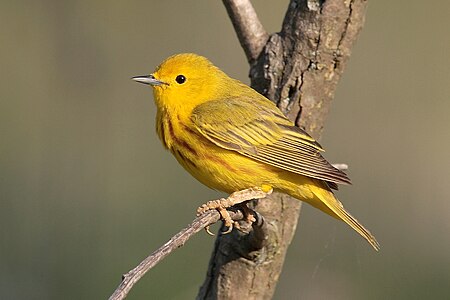 June 17, 2021 –
Canada MPs in the House of Commons votes to censure Defense Minister Harjit Sajjan over his handling of sexual misconduct in the Canadian Armed Forces. (Global News)
June 15, 2021 –
Canadian Vice-Chief of the Defence Staff Michael Rouleau resigns following criticisms of him playing golf with former General Jonathan Vance, who is accused of sexual misconduct. (BBC)
June 14, 2021 – London, Ontario truck attack
Attorney General of Canada David Lametti approves a request to press terrorism charges against Nathaniel Veltman, who was arrested for a vehicle-ramming attack on Pakistani Muslim family in London, Ontario. (BBC)
June 11, 2021 – COVID-19 pandemic
COVID-19 pandemic in Canada
COVID-19 pandemic in Manitoba
Manitoba surpasses one million doses of the COVID-19 vaccine administered. (CTV News)
The Robert Koch Institute removes dozens of countries, including the United States, Canada, Austria, and Lebanon, from their travel risk list due to low COVID-19 infection rates. Foreign Minister Heiko Maas later announces that most of the countries still on the list will be removed on July 1. (Deutsche Welle)
June 10, 2021 – Solar eclipse of June 10, 2021
An annular solar eclipse lasting up to 3 minutes and 51 seconds is visible from central and eastern Canada, parts of the Arctic, and the Russian Far East. Observers in northeastern North America, as well as parts of Europe and Africa, also see a partial eclipse. (Space)
June 6, 2021 – London, Ontario truck attack
Four people are killed and another is wounded after a man drives his truck into a Pakistani Muslim family in London, Ontario, Canada. The suspect is identified by police as Nathaniel Veltman, a local 20-year-old motivated by Islamophobia. He has been arrested and facing four charges of first-degree murder and 1 charge of attempted murder. (Al Jazeera English) (CBC News)

Like most major cities, Montreal needs easy highway access from its suburbs and surrounding areas. However, because Montreal was built on an island surrounded by three rivers, it can be entered by land only on a bridge or through a tunnel. Although the city was founded in 1642, it was not until 1847 that the first fixed link to the outside was established when a wooden bridge was built across Rivière des Prairies to Île Jésus, on the site of what is now Ahuntsic Bridge. Another bridge was built immediately afterward, a few kilometers (miles) west, which became Lachapelle Bridge, and another in 1849, Pont des Saints-Anges, to the east. The latter bridge collapsed in the 1880s and was never rebuilt. ( Full article...)