The highway system of California is a network of roads owned and maintained by the state of California through the California Department of Transportation (Caltrans). Most of these are numbered in a statewide system, and are known as State Route X (abbreviated SR X). United States Numbered Highways are labeled US X, and Interstate Highways are Interstate X, though Caltrans typically uses State Route X for all classes.

California State Routes are managed by Caltrans and designated by the California State Legislature. The state route's signs are in the shape of a miner's spade to honor the California Gold Rush. Each state highway in the U.S. state of California is assigned a Route (officially State Highway Route) number in the Streets and Highways Code (Sections 300-635). Since July 1 of 1964, the majority of legislative route numbers, those defined in the Streets and Highways Code, match the sign route numbers. On the other hand, some short routes are instead signed as parts of other routes — for instance, State Route 112 and State Route 260 are signed as part of the longer State Route 61, and State Route 51 is part of Interstate 80 Business. California County Routes are marked with the usual County route shield, and are assigned a letter for where they are located. For instance, county highways assigned "S" are located in Southern California, ones assigned "J" are found in Central California, and those assigned "A" are located in Northern California.

More about the state highways in California...
Refresh with new selections below (purge)
edit

State Route 57 (SR 57), also known as the Orange Freeway, is a north–south state highway in the Greater Los Angeles Area of the U.S. state of California. It connects the interchange of Interstate 5 (I-5) and SR 22 near downtown Orange, locally known as the Orange Crush, with the Glendora Curve interchange with I-210 and SR 210 in Glendora. The highway provides a route across several spurs of the Peninsular Ranges, linking the Los Angeles Basin with the Pomona Valley and San Gabriel Valley. A predecessor to this road ran through Brea Canyon by the early 20th century, and was added to the state highway system. The freeway was built in stages during the 1950s, one of which included the Brea Canyon Freeway; SR 57 was subsequently designated as part of the 1964 state highway renumbering. The final portion of the Orange Freeway that has been completed to date was not built until the early 1970s. The latest piece of SR 57 to be added was formerly part of I-210, after SR 210 was extended to San Bernardino in 1998. An unconstructed extension from Santa Ana south to Huntington Beach remains in the legal definition of Route 57, and has been studied most recently as a toll road above the Santa Ana River. 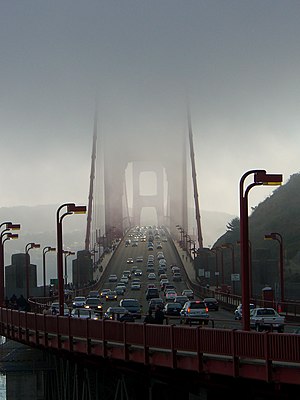