Hindi cinema, often known as Bollywood and formerly as Bombay cinema, is the Indian Hindi-language film industry based in Mumbai (formerly Bombay). The term is a portmanteau of "Bombay" and " Hollywood". The industry is related to Cinema of South India and other Indian film industries, making up Indian cinema—the world's largest by number of feature films produced.

The most popular commercial genre in Bollywood since the 1970s has been the masala film, which freely mixes different genres including action, comedy, romance, drama and melodrama along with musical numbers. Masala films generally fall under the musical film genre, of which Indian cinema has been the largest producer since the 1960s when it exceeded the American film industry's total musical output after musical films declined in the West; the first Indian musical talkie was Alam Ara (1931), several years after the first Hollywood musical talkie The Jazz Singer (1927). Alongside commercial masala films, a distinctive genre of art films known as parallel cinema has also existed, presenting realistic content and avoidance of musical numbers. In more recent years, the distinction between commercial masala and parallel cinema has been gradually blurring, with an increasing number of mainstream films adopting the conventions which were once strictly associated with parallel cinema. ( Full article...)

Aashiqui 2 is a 2013 Bollywood romantic musical drama film directed by Mohit Suri. Starring Aditya Roy Kapoor (pictured) and Shraddha Kapoor in the lead roles, it was produced by Bhushan Kumar and Mukesh Bhatt under the T-Series and Vishesh Films banners. Set in the early 2010s, Aashiqui 2 is a love story centering around the turbulent relationship between musicians Rahul and Arohi, a relationship which is affected by Rahul's issues with alcohol abuse and temperament. The film is the sequel to the 1990 musical blockbuster Aashiqui, and initially caused concern in the Indian media that the film could live up to the high standards and success of the original. Production of Aashiqui 2 began in 2011, with the principal photography taking place in Cape Town, Goa and Mumbai on a budget of ₹90 million (US$1.3 million). The film which premiered on 26 April 2013 received a positive to mixed critical reception and became a major commercial success at the box-office despite featuring newcomers, earning ₹1 billion (US$14 million) worldwide within the first four weeks. It was declared as a blockbuster by Box Office India after its three-week box office run. The soundtrack to the film became very popular after its release; the songs "Tum Hi Ho" and "Sun Raha Hai" topped the charts across various platforms in India.

Shriya Saran (born 11 September 1982), also known by the mononym Shriya, is an Indian film actress and model. She has worked in several of the regional industries of Indian cinema, having acted in Telugu-, Tamil-, Malayalam- and Hindi-language films, as well as a few films in English. Saran made her film debut in 2001 with the Telugu film Ishtam, and had her first commercial success with Santhosham (2002). She subsequently appeared in several more Telugu films, while making in-roads in the Hindi and Tamil film industries. In 2007, Saran starred in Sivaji: The Boss, the highest grossing Tamil film at that time. She also gained critical acclaim for her role in the 2007 Bollywood film Awarapan. In 2008, Saran played the lead role in her first English film, the American-Indian co-production The Other End of the Line. Her following projects included popular films such as Kanthaswamy (2009) in Tamil, and Pokkiri Raja (2010) in Malayalam, her roles in which have established her as one of the leading actresses in the South Indian film industries. Apart from her work in films, Saran has been the brand ambassador for several stores across India, endorsing beauty and health products. 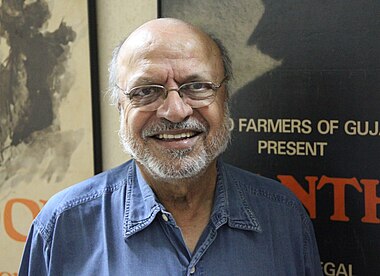