From Wikipedia
https://en.wikipedia.org/wiki/Portal:Australia
Wikipedia portal for content related to Australia

Welcome to the Australia portal!

Island Archway on the Great Ocean Road in Victoria, Australia - show another panorama

The flag of Australia
Shortcuts

Australia, officially the Commonwealth of Australia, is a sovereign country comprising the mainland of the Australian continent, the island of Tasmania, and numerous smaller islands. It is the largest country in Oceania and the world's sixth-largest country. Australia's population of nearly 26 million, in an area of 7,617,930 square kilometres (2,941,300 sq mi), is highly urbanised and heavily concentrated on the eastern seaboard. Canberra is the nation's capital, while the largest city is Sydney, and other major metropolitan areas are Melbourne, Brisbane, Perth, and Adelaide.

Indigenous Australians inhabited the continent for about 65,000 years, prior to the first arrival of Dutch explorers in the early 17th century, who named it New Holland. In 1770, Australia's eastern half was claimed by Great Britain and initially settled through penal transportation to the colony of New South Wales from 26 January 1788, a date which became Australia's national day. The population grew steadily in subsequent decades, and by the time of an 1850s gold rush, most of the continent had been explored by European settlers and an additional five self-governing crown colonies established. On 1 January 1901, the six colonies federated, forming the Commonwealth of Australia. Australia has since maintained a stable liberal democratic political system that functions as a federal parliamentary constitutional monarchy, comprising six states and ten territories.

Australia is the oldest, flattest, and driest inhabited continent, with the least fertile soils. It is a megadiverse country, and its size gives it a wide variety of landscapes and climates, with deserts in the centre, tropical rainforests in the north-east, and mountain ranges in the south-east. Australia generates its income from various sources, including mining-related exports, telecommunications, banking, manufacturing, and international education.

More about Australia, its history and culture
Refresh with new selections below (purge)

The Barry Sheene Medal is an annual award honouring the achievements of a driver in the Supercars Championship, an Australian touring car series. Tony Cochrane, the chairman of the championship's organising body Australian Vee Eight Supercar Company (AVESCO), instigated the award in 2003. The medal is named after the two-time Grand Prix motorcycle world champion and motor racing television commentator Barry Sheene. It is presented to the driver adjudged to have displayed "outstanding leadership, media interaction, character, personality, fan appeal and sportsmanship throughout the season". A panel of motor racing journalists individually award three drivers scores of three, two and one points after every event of the season. The results are announced at the series' end-of-season gala in Sydney. ( Full article...) 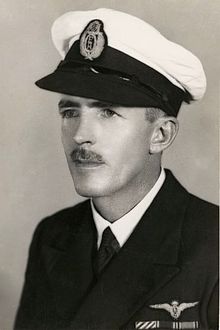 Qantas Captain Lester Brain in the 1930s
Lester Joseph Brain, AO, AFC (27 February 1903 – 30 June 1980) was a pioneer Australian aviator and airline executive. Born in New South Wales, he trained with the Royal Australian Air Force (RAAF) before joining Queensland and Northern Territory Aerial Services (Qantas) as a pilot in 1924. He was awarded the Air Force Cross in 1929, after locating the lost aircraft Kookaburra in northern Australia. Having risen to Chief Pilot at Qantas by 1930, he was appointed Flying Operations Manager in 1938. As a member of the RAAF reserve, Brain coordinated his airline's support for the Australian military during World War II. He earned a King's Commendation for his rescue efforts during an air raid on Broome, Western Australia, in 1942, and was promoted to wing commander in 1944. ( Full article...)

19 June 2021 – COVID-19 pandemic
Fiji reports a record 150 new cases of COVID-19 in the past 24 hours, thereby bringing the national toll to 1,798. The Ministry of Health reports that most cases are from known clusters while others are under investigation. Also, Australia and New Zealand announce that they will deploy doctors to Fiji to help deal with the increase in the number of COVID-19 cases. (RNZ) (FBC News)
19 June 2021 – Australia–China relations
Australia begins lodging a formal complaint against China with the World Trade Organization over anti-dumping duties on imported Australian wine. (The Guardian)
18 June 2021 – COVID-19 pandemic
COVID-19 pandemic in Australia
Restrictions are eased in Melbourne as the number of cases decreases. Melbournians will now be allowed to travel anywhere in the state of Victoria, public gatherings increase to 20 people and masks are no longer required outdoors. Private gatherings of up to 2 people will be allowed, gyms and indoor entertainment reopen, and workforce capacities increase. These new restrictions bring Melbourne into line with the rest of Victoria. (9 News)
17 June 2021 – COVID-19 pandemic
COVID-19 pandemic in Australia, COVID-19 vaccination in Australia
The Australian federal government restricts the usage of the Oxford–AstraZeneca vaccine to people over the age of 60 following a new recommendation from the Australian Technical Advisory Group on Immunisation. (ABC Australia)

Byron Bay is a coastal town in the state of New South Wales of almost 30,000 people. Located approximately 800 kilometres north of Sydney and 200 kilometres south of Brisbane, the town is situated near Cape Byron at the eastern-most point of the Australian continent. The town is a popular tourist destination and is known for its pristine beaches, wildlife, alternative lifestyle and music festivals.

The following are images from various Australia-related articles on Wikipedia.

Did you know... - show another

Consider joining WikiProject Australia, a WikiProject dedicated to improving Wikipedia's coverage of topics related to Australia. The project page and its subpages contain suggestions on formatting and style of articles, which can be discussed at the project's notice board. To participate, simply add your name to the project members page.

As of 20 June 2021, there are 185,654 articles within the scope of WikiProject Australia. Including non-article pages, such as talk pages, redirects, categories, etcetera, there are 460,406 pages in the project.