Orange County is part of the Poughkeepsie– Newburgh– Middletown metropolitan statistical area, [5] which belongs to the larger New York– Newark– Bridgeport, NY– NJ– CT– PA Combined Statistical Area. It is in the state's Mid-Hudson Region of the Hudson Valley Area.

The County Executive is Steve Neuhaus.

As of the 2010 census the center of population of New York state was located in Orange County, approximately three miles west of the hamlet of Westbrookville. [6]

Orange County was officially established on November 1, 1683, when the Province of New York was divided into twelve counties. Each of these was named to honor a member of the British royal family, and Orange County took its name from the Prince of Orange, who subsequently became King William III of England. As originally defined, Orange County included only the southern part of its present-day territory, plus all of present-day Rockland County further south. The northern part of the present-day county, beyond Moodna Creek, was then a part of neighbouring Ulster County.

At that date, the only European inhabitants of the area were a handful of Dutch colonists in present-day Rockland County, and the area of modern Orange County was entirely occupied by the native Munsee people. Due to its relatively small population, the original Orange County was not fully independent and was administered by New York County.

The first European settlers in the area of the present-day county arrived in 1685. They were a party of around twenty-five families from Scotland, led by David Toshach, the Laird of Monzievaird, and his brother-in-law Major Patrick McGregor, a former officer of the French Army. They settled in the Hudson Highlands at the place where the Moodna Creek enters the Hudson River, now known as New Windsor. In 1709, a group of German Palatine refugees settled at Newburgh. They were Protestants from a part of Germany along the Rhine that had suffered during the religious wars. Queen Anne's government arranged for passage from England of nearly 3,000 Palatines in ten ships. Many were settled along the Hudson River in work camps on property belonging to Robert Livingston. A group of Dutch and English settlers arrived at Goshen in 1712. Additional immigrants came from Ireland; they were of Scots and English descent who had been settled as planters there.

During the American Revolutionary War the county was a hotbed of Loyalist and anti-Patriot activity. Claudius Smith was a Loyalist marauder whose team robbed and terrorized citizens; he was hanged in Goshen in 1779 for allegedly robbing and killing Major Nathaniel Strong; two of his sons were also executed for similar crimes. The Mathews family of Blooming Grove were active Loyalists; Fletcher Mathews was a sympathizer and sometime associate of Smith, [7] and his brother David Mathews was Mayor of New York City during its British occupation for the entirety of the war.

In 1798, after the American Revolutionary War, the boundaries of Orange County changed. Its southern corner was used to create the new Rockland County, and in exchange, an area to the north of the Moodna Creek was added, which had previously been in Ulster County. This caused a reorganization of the local administration, as the original county seat had been fixed at Orangetown in 1703, but this was now in Rockland County. Duties were subsequently shared between Goshen, which had been the center of government for the northern part of Orange County, and Newburgh, which played a similar role in the area transferred from Ulster County. The county court was established in 1801. It was not until 1970 that Goshen was named as the sole county seat.

Due to a boundary dispute between New York and New Jersey, the boundaries of many of the southern towns of the county were not definitively established until the 19th century. [8]

Downtown Newburgh, on the shoreline of the Hudson River.

Orange County is in southeastern New York State, directly north of the New Jersey-New York border, west of the Hudson River, east of the Delaware River and northwest of New York City. It borders the New York counties of Dutchess, Putnam, Rockland, Sullivan, Ulster, and Westchester, as well as Passaic and Sussex counties in New Jersey and Pike County in Pennsylvania.

Orange County is the only county in New York State which borders both the Hudson and Delaware Rivers.

Orange County is where the Great Valley of the Appalachians finally opens up and ends. The western corner is set off by the Shawangunk Ridge. The area along the Rockland County border (within Harriman and Bear Mountain state parks) and south of Newburgh is part of the Hudson Highlands. The land in between is the valley of the Wallkill River. In the southern portion of the county the Wallkill valley expands into a wide glacial lake bed known as the Black Dirt Region for its fertility.

The highest point is Schunemunk Mountain, at 1,664 feet (507 m) above sea level. The lowest is sea level along the Hudson.

Despite its rural roots, Orange County has been among the fastest-growing regions within the New York City metropolitan area. [17] 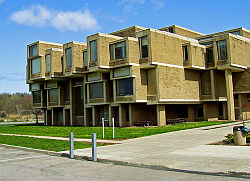 Originally, like most New York counties, Orange County was governed by a board of supervisors. Its board consisted of the 20 town supervisors, nine city supervisors elected from the nine wards of the City of Newburgh, and four each elected from the wards of the cities of Middletown and Port Jervis. In 1968, the board adopted a county charter and a reapportionment plan that created the county legislature and executive. The first county executive and legislature were elected in November, 1969 and took office on January 1, 1970. Today, Orange County is still governed by the same charter; residents elect the county executive and a 21-member county legislature elected from 21 single-member districts. There are also several state constitutional positions that are elected, including a sheriff, county clerk and district attorney. Prior to 1 January 2008 four coroners were also elected; however, on that date, the county switched to a medical examiner system.

The current county officers are:

The County Legislature and its previous board of supervisors were long dominated by the Republican Party. However, since the late 20th century, the Democrats have closed the gap. During 2008 and 2009 the legislature was evenly split between 10 Republicans, 10 Democrats, and 1 Independence Party member. In 2009, the legislature had its first Democratic chairman elected when one member of the Republican caucus voted alongside the 10 Democratic members to elect Roxanne Donnery (D-Highlands/Woodbury) to the post. At the November 2009 election, several Democratic incumbents were defeated. As of the convening of the legislature on January 1, 2012, there are 12 Republicans, 8 Democrats, and 1 Independence member.

In 1970, the county switched from government by a Board of Supervisors, consisting of the elected heads of town governments, to having a 21-member elected county legislature and executive. The sheriff, district attorney and county clerk have always been elected. All serve four-year terms, with elections in the year following presidential election years, save the sheriff, whose election is the following year.

Only one Democrat, Mary McPhillips, has served as county executive. She failed to win re-election after a single term in the early 1990s. For several years in the late 2000s, one Republican legislator's decision to become an independent and caucus with the Democrats led to a 10-10-1 effective Democratic majority, with Roxanne Donnery as chair. The Republicans regained their majority in the 2009 elections. 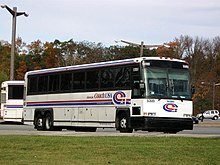 Ground transportation within Orange County is provided primarily by Leprechaun Lines, Monsey Trails, NJ Transit, Short Line Bus, and Metro-North Railroad's Port Jervis Line, as well as amenities such as senior citizen busing and car services, which usually restrict themselves to their respective town or city. [19] [20]

In recent years, Orange County has mirrored the preferences of the nation as a whole in presidential elections, voting for the winner in every election from 1996 to 2016. The streak ended in 2020, however, as Orange County narrowly voted to re-elect Donald Trump, even as Democratic nominee Joe Biden of Delaware won the election overall.

Previously, like most of the Lower Hudson, Orange County had leaned Republican. From 1884 to 1992, a Republican carried Orange County at all but one presidential election. The only time this tradition was broken was in 1964, during Democrat Lyndon Johnson's 44-state landslide. As a measure of how Republican the county was, Franklin Roosevelt, a resident of nearby Dutchess County, failed to carry Orange County in any of his four successful presidential bids.

The presidential election results give the county a Cook PVI of R+1, consistent with county voters' willingness to sometimes elect Democrats, such as U.S. Rep. John Hall. From 2007 on, when Hall represented the 19th district, which covered most of the county, Orange's representation in Congress was exclusively Democratic, as Maurice Hinchey had represented the towns of Crawford, Montgomery, and Newburgh as well as the city of Newburgh, all of which were in what was then the 22nd district, since 1988.

In the 2010 midterms, Hall was defeated by Nan Hayworth. In 2012, after Hinchey's former 22nd district was eliminated in redistricting following his retirement and all of Orange County was included in the current 18th district. Hayworth was defeated by Democrat Sean Patrick Maloney, a former adviser to President Bill Clinton and the first openly gay person to be elected to Congress from New York. [22] Maloney won a rematch against Hayworth in 2014; in 2016 he was again re-elected over Phil Oliva, and in 2018, despite running in the Democratic primary for New York Attorney General, he won re-election again over James O'Donnell.

At the state level, Republicans had held onto Senate seats (until 2018) while Democrats have made inroads in recent years on the Assembly side. Two State Senate districts—the 39th, held by James Skoufis and 42nd, held by Jen Metzger—cover the county.

Democrats have made significant gains in the county's State Assembly seats. The 98th district, which includes the far western part of the county as well as the Town of Warwick, is represented by Karl Brabenec, and the 101st district, which includes the Towns of Crawford and Montgomery, was until 2016 held by Claudia Tenney, both Republicans. After Tenney left her seat to run for Congress that year, Brian D. Miller, another Republican, was elected to replace her. Colin Schmitt represents the 99th district, while the other two are Democrats: Aileen Gunther in the 100th district and Jonathan Jacobson in the 104th district.

Delano-Hitch Stadium in Newburgh has played host to various professional and amateur baseball teams from various leagues since opening in 1926. The stadium is currently home to the Newburgh Newts. 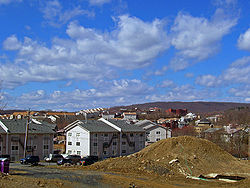 Points of interest in Orange County include the United States Military Academy at West Point; Brotherhood Winery, America's oldest winery, in Washingtonville; the birthplace of William H. Seward in Florida; the home and birthplace of Velveeta and Liederkranz Cheese in Monroe; the Harness Racing Museum & Hall of Fame in Goshen; the Times Herald-Record newspaper, the first cold press offset daily in the country, in Middletown; the Galleria at Crystal Run, in Wallkill; the Woodbury Common Premium Outlets in Monroe; and the Orange County Fair in Wallkill. The only state parks include Goosepond Mountain State Park, Harriman State Park and Sterling Forest State Park. Museum Village in Monroe. It is also the location of Orange County Choppers, the custom motorcycle shop featured on The Discovery Channel television series American Chopper.